The Texas Department of Public Safety stopped another smuggling effort this week, this time involving a moving van and three illegal immigrants.

On Tuesday, a Texas DPS trooper stopped a U-Haul van for a traffic violation in Kinney County, Texas. Kinney County sits on the Texas-Mexico border west of San Antonio.

During the stop, the trooper looked through the rear window and saw several individuals hiding under blankets.

After an investigation that resulted in the discovery of three undocumented immigrants inside the van, the driver, Belinda Spurgeon, was arrested.

Spurgeon was charged with three counts of human smuggling, according to Texas DPS.

A Texas DPS trooper found three illegal immigrants hiding in the back of a U-Haul van stopped for a traffic violation. (Texas Department of Public Safety)

In video footage taken by the Texas DPS trooper, Spurgeon said she did not know the three people the back of the van.

She also told the trooper the three guys told her they needed a ride because their car broke down, which she agreed to.

Spurgeon later admitted to smuggling the immigrants from Canton, Texas, to Austin for $16,000, according to Texas DPS.

Operation Lone Star was launched as a border security initiative in response to a surge in illegal border crossings through Texas, along with President Biden’s immigration policies.

Since it began, there have been 308,700 migrant apprehensions and more than 20,200 criminal arrests, according to the state of Texas. 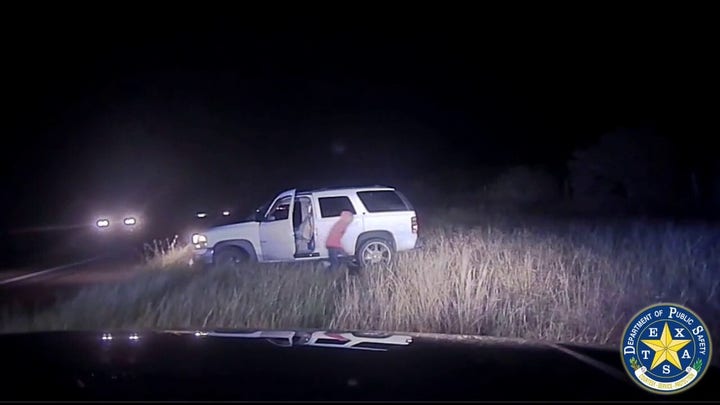