Former NYPD commissioner Howard Safir on what really disturbs him about New York City crime on ‘Your World.’

James, 62, was already charged with carrying out a terror attack against a mass transit system as well as discharging a firearm during a crime of violence before prosecutors added nine more terror attack counts against him, bringing the total to 10, one for each victim struck by gunfire during the April 12 shooting, according to a superseding indictment.

James is accused of injuring 29 people in a Sunset Park, Brooklyn, subway station. He was aboard a Manhattan-bound N train during the morning rush-hour when he allegedly placed a gas mask on his face, activated a smoke canister and opened fire inside the train and on the platform of the 36th Street subway station.

According to a criminal complaint, authorities discovered two bags and a reflective jacket among items that were left behind at the scene.

This photo provided by Will B Wylde, a person is aided outside a subway car in the Brooklyn borough of New York, Tuesday, April 12, 2022. (Will B Wylde via AP)

Prosecutors said James rented a U-Haul van from a Philadelphia store the day before the shooting before traveling to New York City.

In videos he posted on YouTube before the attack, James made various statements about the New York City subway system. He also addressed statements to New York City Mayor Eric Adams, authorities said.

"What are you doing, brother?  What’s happening with this homeless situation?" he allegedly said. 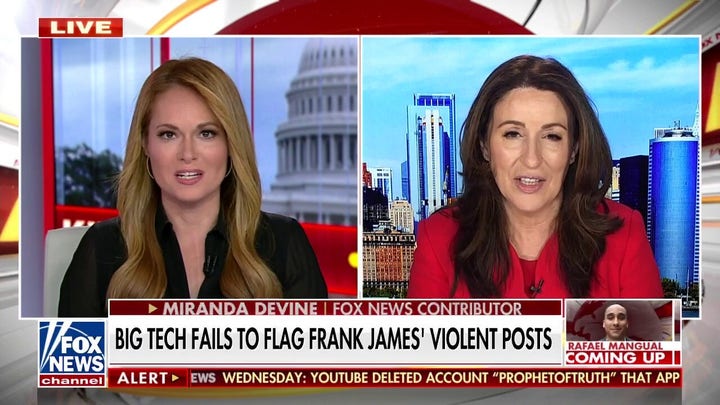