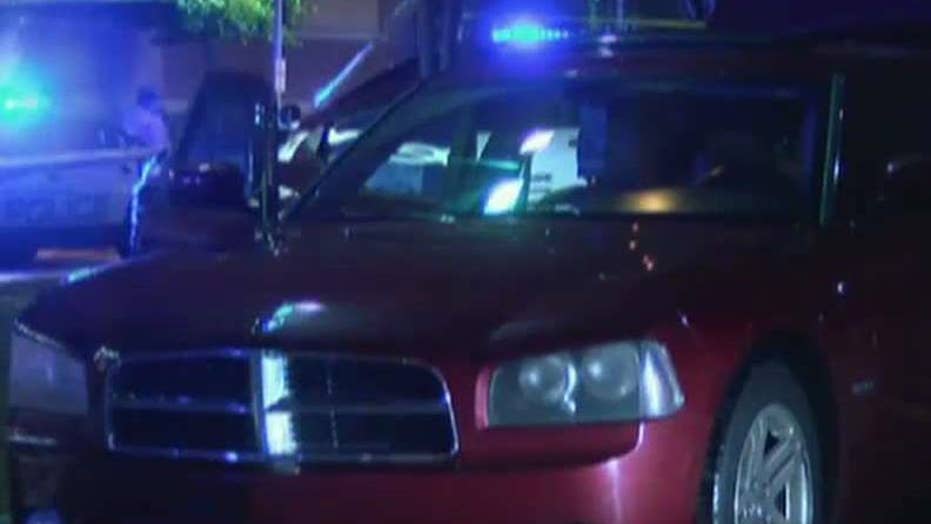 Driver shot at another car for driving too slow, striking a killing a toddler

A 33-year-old man is facing a capital murder charge after being arrested in last week's road rage killing of a three-year-old Arkansas boy out Christmas shopping with his grandmother.

Gary Holmes was charged after surrendering to police in his hometown of Little Rock, Assistant U.S. Attorney Patrick Harris said late Thursday. Holmes was the subject of national outrage and a $40,000 reward after allegedly shooting the boy after becoming enraged when his grandmother did not move fast enough after braking for a stop sign.

Holmes was booked into the Pulaski County Jail on one count of capital murder in the death of little Acen King during a traffic stop on Dec. 17.

He was also charged with two counts of carrying out a terroristic act.

A reporter for the station reported in a tweet that Holmes lives near the scene of the shooting.

A bullet struck and killed Acen King during a traffic stop. (Family photo)

Holmes allegedly fired into the car, striking the boy with the fatal bullet.

The grandmother, who wasn't struck, drove away and called police from a shopping center. The boy was taken to a hospital, where he died shortly after.

Police Lt. Steve McClanahan said investigators believe the boy and his grandmother “were completely innocent” and have no relationship with the shooter. He said the grandmother simply was “driving the car and was taking her grandson shopping when the incident occurred.”

It was the second deadly Little Rock road rage incident involving a young child in the last few weeks. A 2-year-old girl was killed in November when a suspect who is still at-large drove by the vehicle she was riding in and opened fire.

“We cannot have a community to where the least protected among us, being infants, who are dying (in) these senseless crimes in our city,” Police Chief Kenton Buckner said.

He said he didn't know if the children's shootings were related.