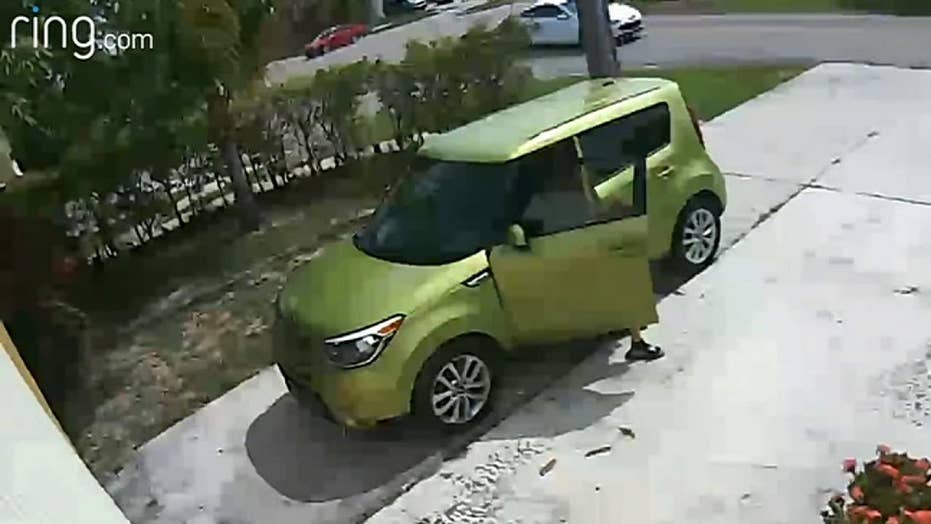 Police are looking for the man caught on camera defecating in a Florida homeowner's driveway, but the homeowner says all he wants is an apology.

Wilton Thomas came home from work on Saturday to find that a man had driven up to his house in a green vehicle, squatted down in the driveway and pooped, using his T-shirt to clean himself.

The entire incident was captured on Thomas' ring camera, but he said he couldn't clean up the mess, including the discarded shirt, until the following morning.

“I went in the hot sun, scraped it up, poured it into a bag. I poured bleach, and then I hosed and washed the whole thing off,” Thomas told WKRN.

Thomas said he tried to be understanding but still would have preferred that the culprit take ownership of his actions.

“I know when it comes on for you to go, you have to go,” Thomas said. “He could have drove himself right toward the left in the fence toward the coconut tree and do what he wanted to do there. That would be no problem – but in my driveway?”

He went on, “Knock and say, ‘Man, you know what, I had an emergency. I had nowhere to go, and this is where I had to do what I had to do.”