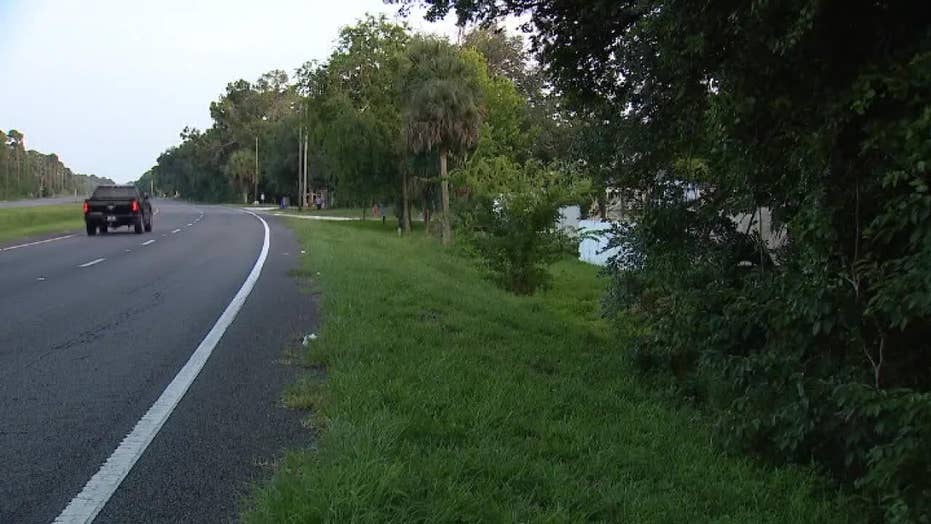 Deputies arrest the parents, who were found in their mobile home in a drug-induced coma, after their toddler was discovered wandering along a busy highway in Oak Hill.

A couple in Florida was arrested on Monday after their toddler was discovered alone, wearing only a dirty diaper along a busy highway, according to police.

The Volusia County Sheriff's Office said on Facebook the incident happened around 10:30 a.m. in Oak Hill, located north of Titusville.

A woman reported she was traveling south on U.S. 1 when she noticed a toddler trying to cross the road in front of her. She said she stopped her vehicle to prevent any other cars from hitting him.

"When I first saw him, he was looking confused," the woman, Erica Strozier, told FOX35 "The baby was just lost, diapers soiled all the way to the ground. Body covered in nothing but mosquito bites."

Yajaira Tirado, 28, and Jacob Krueger, 25, were arrested on child neglect charges on Monday after their toddler was discovered on the side of a highway in Florida. (Volusia County Jail)

Strozier said when she was on the phone with police, she tried to keep the child from darting onto the roadway.

"I was trying to keep the baby calm and was like, 'Come here, sweetie,' and the baby came right up to me," she said.

The sheriff's office said when deputies arrived, a mail carrier had also stopped to help and was holding the 2-year-old boy who was "wearing only a dirty diaper with his arms covered in bug bites."

According to police, a deputy went to a nearby trailer park and discovered the child's parents passed out "each apparently under the influence of drugs, frothing at the mouth and initially not responding to the sound of his voice."

When the deputy yelled and pounded on a wall, the parents woke up, got dressed, and came outside the house.

"During the investigation, the deputy placed the child in the back seat of his patrol car because there were broken beer bottles on the ground and several knives within the child’s reach," police said. "The home itself was in poor condition, with trash, dirty clothes and dirty dishes piled up, no separate kids’ room, and only one bed, which was just a mattress with no sheets."

The child's parents,  28-year-old Yajaira Tirado and 25-year-old Jacob Krueger, were arrested and charged with child neglect.  Police said when asked about what the child had for breakfast, Tirado said the toddler usually “pulls like bread and stuff out by himself.”

Authorities said it was not the first time the couple had a run-in with law enforcement. The deputy said he knew where to find them because of a prior case involving Tirado in January 2018, when she was charged with child neglect after a young child called 911 and responding deputies found two children left alone with "a loose, aggressive dog in the house along with an unsecured shotgun and ammunition."

The toddler was placed in the custody and care of the state Department of Children and Families. Authorities said the parents were transported to the Volusia County Jail on charges that carry $5,000 bond each.

Strozier, who is a grandmother, told FOX35 the whole situation was heartbreaking.

"I don’t know what kind of drugs they were on, but it was sickening," she said. "I just shook my head in disbelief."