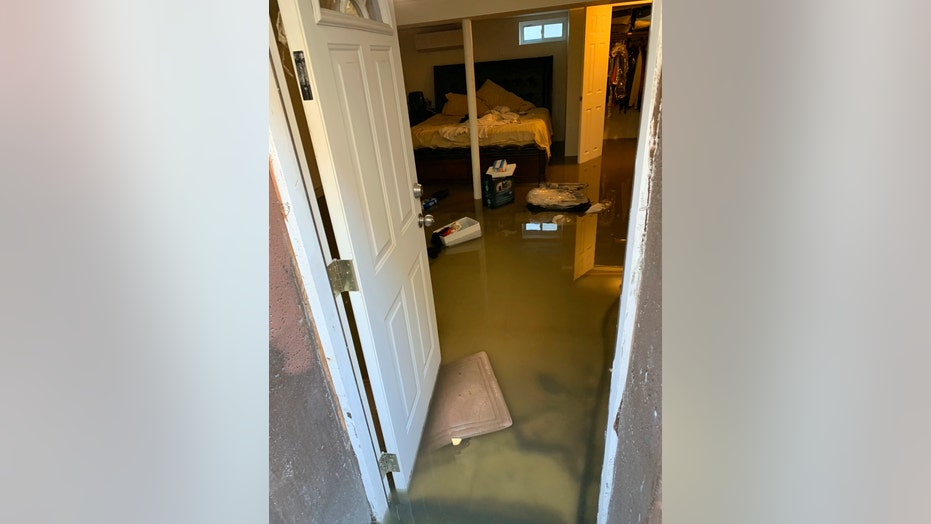 A blocked sewer main made for a stinky start to the holiday season for some New York City residents near Kennedy Airport on Saturday when it flooded basements with brown feces and left many feeling sick to their stomachs.

“It’s messy,” said Cynthia McKenzie, who woke up at 3:00 a.m. to sewage rushing into her basement. “When you open it, it just smells,” she said. “It makes you want to vomit. We have to pack up all the clothes.”

McKenzie posted photos of the cloudy water that covered much of her basement bedroom, closet and bottom of her staircase. She attempted to save her furniture and belongings as the water level was slowly rising, but some electronics could not be saved.

Sewage backup floods Cynthia McKenzie's home on Nov. 30, 2019, in the Jamaica, Queens, section of New York. Officials say a water condition is causing human waste to back up into several hundred homes in the area there. (Cynthia McKenzie via AP)

A blocked pipe due to cooking grease was named the possible cause of the backup that pushed human waste into about 300 homes in Jamaica, Queens, on Saturday, officials said -- drawing a significant response from the Fire Department, utility crews and multiple city agencies.

McKenzie said she called 911 and a few firefighters made it to her home, but she said no one could stop the relentless sewage flow.

McKenzie also bought a couple of pumps from Home Depot, running extension cords and a hose to try and clear it out before the cavalry arrived, but it couldn't pump fast enough.

“There’s still some at knee level,” she said. “The odor is just unbelievable.”

HARLEM RESIDENT, THOUGHT TO BE OLDEST AMERICAN, DIES AT 114

Officials named cooking grease that was poured down the drain as the probable culprit because they say it clogs in big masses which slows or stops the flow.

“This time of year we get a lot of grease blockages in sewers from residents that discharge grease," city environmental protection chief Vincent Sapienza told reporters. “We’re under the assumption that it’s that.”

De Blasio advised residents to cut down on water that goes into the blocked main. New York City's water agency says the drinking water is safe.

The mayor says American Red Cross and city emergency management representatives are at the scene to help families displaced by the sewer backup. The city opened a service center for affected residents at a nearby public school.

He added they are working to provide hotel rooms to anyone not able to return to their homes.

“It’s unlivable,” McKenzie said. “It’s all around the neighborhood and farther down.”