FOX reporter Mike Tobin: Some rioters identified themselves as Antifa

Members of the violent far-left activist group Antifa identified themselves to a Fox News reporter who was on scene in Brooklyn Center, Minn., ahead of another night of unrest following the police-involved shooting of a motorist on Sunday.

Correspondent Mike Tobin joined "The Ingraham Angle" to give the latest from the scene where throngs of protesters and law enforcement faced off following the reportedly accidental shooting death of Daunte Wright, 20, by now-resigned Officer Kimberly Potter.

Potter has said she meant to reach for her taser instead of her gun while involved in an altercation with Wright at his car.

Tobin, who was relocating to another part of the town at the time, spoke to Ingraham from inside a vehicle.

"I can tell you this. The makeup of the population out here certainly changed tonight. I think Sunday night it was all about the locals that were here: They were genuine and angry," he said.

"As it goes on, you get more people coming in from out of town. I had several people that I spoke with who identified themselves as Antifa -- and angrily so. So you had that crowd out here."

"We saw an increased number of kids 'wearing the uniform' if you will, the black hoodies, the backpacks. I saw leaf-blowers out there, different kinds of ... makeshift shields and things. It was changing dramatically in terms of the makeup, and certainly the numbers of the crowd." 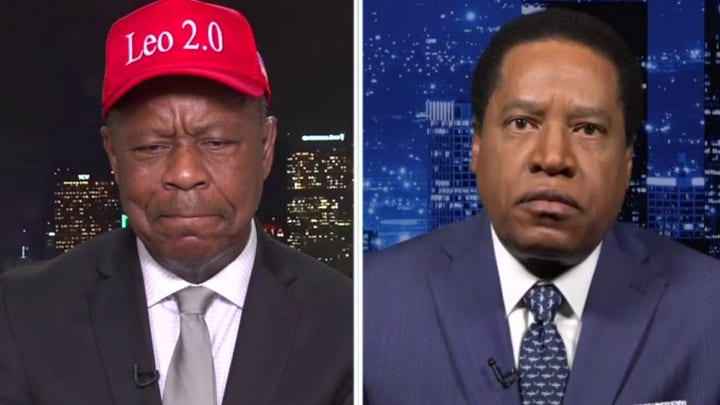 Host Laura Ingraham added that, following some of the protest groups social media accounts, she read that they have been warning fellow activists that police were heard on radio scanners potentially planning "mass arrests" of people engaged in unrest.

"I guess it is ticking them off even more," she said. "So that is something that we should also take a look out for. Look, the mayor of St. Paul and the mayor of Minneapolis both said they would not tolerate looting and violence. They both made that clear despite what we saw last night and the night before."

"Yeah, they say they won't tolerate looting and violence but there's still looting and violence," Tobin replied. "Then you had the [Brooklyn Center] Mayor Mike Elliott suggest, as you noted, that if there was a curfew and it to be enforced -- it sounded like what he was saying you're drawing a line in the sand -- and that it gives them something to defy and it creates a dynamic, he said, an excuse for more arrests."

"In terms of gearing up for mass arrests, that's what riot cops always do. Any time you see riot cops, you see the zip-strips with them."

While Tobin was speaking flashbangs could be heard being fired in attempt to disperse the crowd ahead of the 10 PM CDT curfew.

Ingraham said Minnesota authorities are likely still "on edge" almost a year after the George Floyd riots about a dozen miles down I-94 in Minneapolis. She noted that the protesters' anti-police sentiment was explicitly apparent, given the presence of obscene graffiti like the abbreviation ACAB, or "All cops are the B-Word," she noted.

"A lot of people blame President Trump's attitude or tone, unfairly, I might add, for this unrest. Can't blame Trump now. You have Joe Biden in the White House. He called for calm the other day even though obviously we had Barack Obama today tweet out that what happened to Mr. Wright indicates that we need to reimagine policing in the United States -- which is what frankly a lot of far left activists are saying when they say reimagine policing, they're saying abolish police forces," the host said.