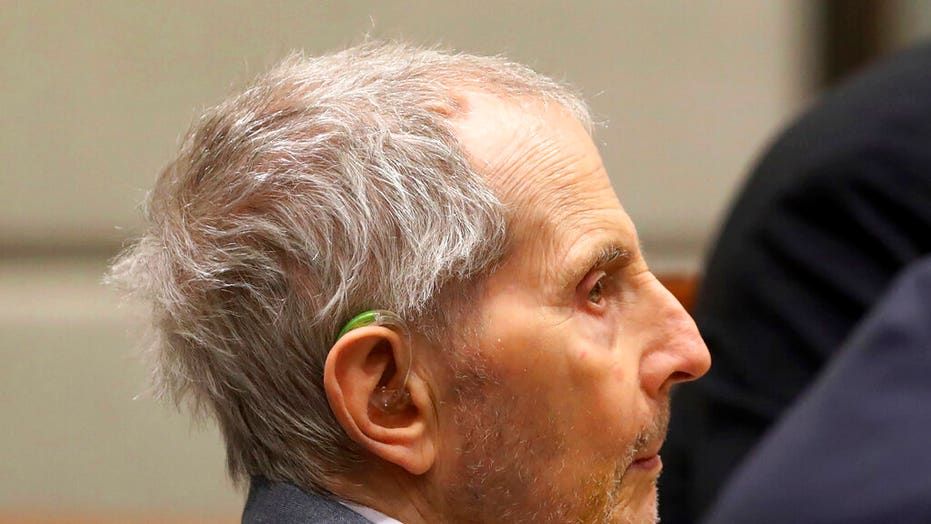 Robert Durst's defense attorney admitted to the court on Tuesday that the wealthy real estate heir discovered the body of his dead best friend, panicked, wrote an anonymous letter to police with a glaring typo and then fled the scene, but despite this, he did not kill her.

“Bob Durst did not kill Susan Berman, and he doesn’t know who did," attorney Dick DeGuerin told jurors at the beginning of his opening statement. "He did find her body, shortly after someone had shot her in the back of the head.”

Durst has formerly denied writing or sending a cryptic note to police that had only Berman's address on it with the word “CADAVER.” The note ultimately led investigators to discover her body after the 2000 killing. Prosecutors say the block letter handwriting matches previous letters written by Durst to Berman and even included the same misspelling of the location Beverly Hills -- as “BEVERLEY."

Durst has formerly said "only the killer could have written" it, but DeGuerin told jurors that “when Bob showed up and found her dead, he panicked."

"He wrote the anonymous letter, so her body would be found, and he ran. He’s run away all his life,” DeGuerin said.

DeGuerin said Durst had come to visit Berman for the Christmas holidays, which he did often, showing jurors a letter from years earlier where Durst told Berman affectionately of plans he had for spending the holidays together.

Durst has denied for decades that he gunned down Berman at her Beverly Hills home just days before Christmas in 2000 but the admission mirrors a strategy that DeGuerin used on behalf of his client when he was on trial for another murder in Galveston, Texas.

In that case, Durst's attorney claimed that although he did shoot and then dismember his elderly neighbor, Morris Black, who was also the landlord to Dursts' $300-a-month rental room, it was done in self-defense. Durst was subsequently acquitted.

The prosecution is being permitted to allege in this case that Durst deliberately killed Black because Black had learned that Durst -- who was disguising himself as a woman -- was, in fact, a wealthy real estate heir who was on the run.

The prosecution is also allowed to allege that Durst killed his wife Kathleen, who vanished in a New York suburb in 1982. Her body was never found, but investigators presumed her dead and suspected Durst as the killer, although he was never charged.

DeGuerin said that living with that suspicion, along with mild autism that makes social life difficult for him and a tendency to self-medicate with marijuana and alcohol, has made Durst make bad decisions.

“Bob doesn’t make good decisions. It's part of his makeup,” DeGuerin said. “Throughout his life, Bob has run away from trouble.”

He pointed out for jurors how frail the 76-year-old Durst appeared in court, telling them he survived esophageal cancer, brain surgery and many other ailments.

The defense attorney said he will also prove that a seemingly damning confession garnered inadvertently by HBO filmmakers who were interviewing Durst for a documentary about his life as part of a multipart series, "The Jinx: The Life and Deaths of Robert Durst," in 2015 isn't as it seems.