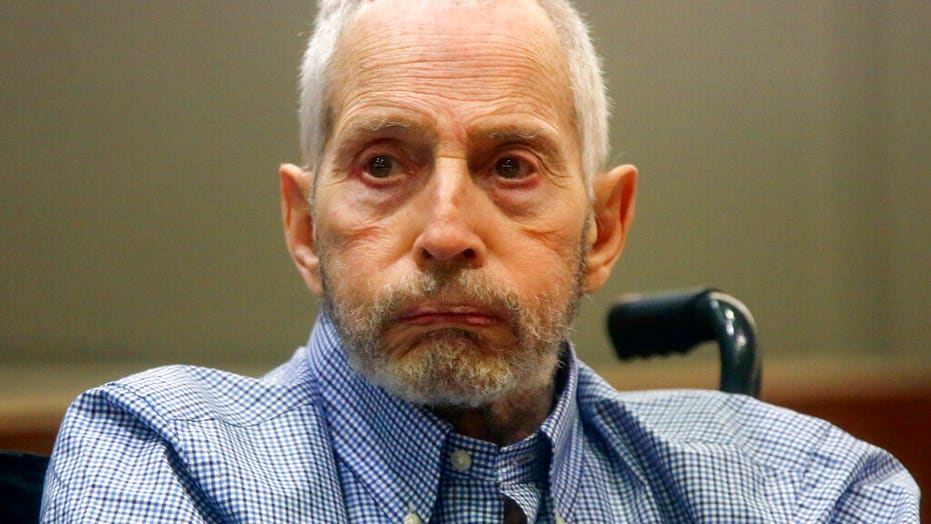 Jury selection began Wednesday in the highly anticipated murder trial of billionaire real estate heir Robert Durst, who is charged with gunning down his best friend in Los Angeles nearly two decades ago.

Durst, 76, appeared in court wearing khakis and a plaid tweed blazer and required help from his defense attorneys Dick Guerin and David Chesnoff to get out of his jail wheelchair and stand up.

Superior Court Judge Mark Windham introduced the lead attorneys and had them introduce the members of their legal team and the defendant to prospective jurors.

“Can you stand up, Bob?” Guerin asked Durst as he helped him to his feet and presented him to the court: “And this is my client, Bob Durst.”

Prospective jurors have been screened to make sure they can serve for up to five months.

The high-profile trial stems from a cold case involving Durst's wife Kathleen, who vanished in a New York suburb in 1982, never to be seen or heard from again. Her body was never found and she was eventually declared legally dead. Investigators have long suspected that she was murdered by Durst.

Prosecutors will lay out a case that details how Durst killed his best friend Susan Berman, a fiercely loyal spokesperson for him after Kathleen's disappearance, to keep her quiet about information she may have known about his involvement in his wife's demise.

Berman, the daughter of a Las Vegas mobster, was found in a pool of her own blood with a gunshot wound to the back of the head just days before Christmas in 2000.

The highly circumstantial case will point to a perceived confession by Durst, garnered inadvertently by HBO filmmakers who were interviewing him for a documentary about his life for a multipart series, "The Jinx: The Life and Deaths of Robert Durst" in 2015.

In the series, Durst is shown a cryptic note sent to police with Berman's address on it that read “CADAVER,” which ultimately led investigators to discover her body after the killing. Prosecutors say the block letter handwriting matches previous letters written by Durst to Berman, and even including the same misspelling of the location Beverly Hills -- as “BEVERLEY."

On camera, Durst denied writing the note but said "only the killer could have written" it. He was also unable to distinguish between the note and other examples of his own handwriting prior to that.