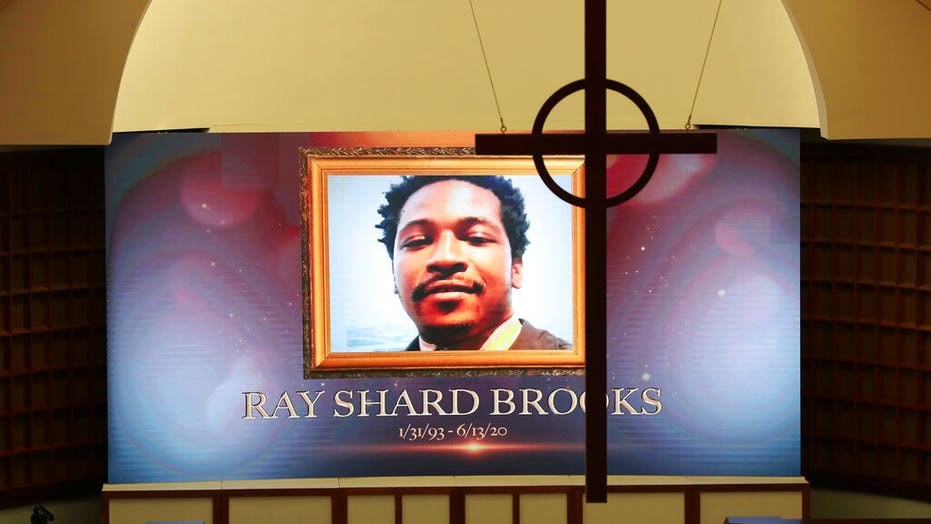 Mourners lined up at Atlanta's Ebenezer Baptist Church Monday for a public viewing of Rayshard Brooks, a black man whose shooting death by a white police officer intensified calls to examine police brutality amid ongoing protests sparked by the death of George Floyd.

Just under an hour before the four-hour public viewing began, a coffin carrying Brooks' body arrived at the church where the Rev. Martin Luther King Jr. was once pastor and where Brooks' funeral is set for Tuesday. Brooks' widow, Tomika Miller, arrived wearing a white dress printed with a photo of the two of them.

Tomika Miller, the wife of Rayshard Brooks, touches her husband during a family visit just before a public viewing begins at Ebenezer Baptist Church on Monday, Jun 22, 2020 in Atlanta.  (Atlanta Journal-Constitution via AP)

"Rayshard was not a member of our church but he, and his loved ones, are a part of our family," Ebenezer's Senior Pastor Rev. Raphael G. Warnock said. "We seek to embrace them, comfort them and walk beside them in the days ahead.

Officer Garrett Rolfe, 27, allegedly shot Brooks, 27, in the back after Brooks fired a Taser in his direction while running away after a struggle with officers outside a Wendy's fast-food restaurant on June 12.

Rolfe was fired and another officer, 26-year-old Devin Brosnan, was placed on desk duty after the shooting. Police Chief Erika Shields stepped down less than 24 hours after Brooks died. 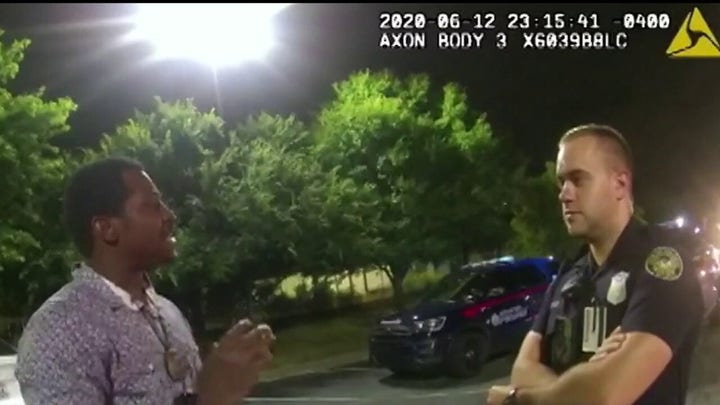 Fulton County District Attorney Paul Howard announced 11 charges against Rolfe, including felony murder. Brosnan is charged with aggravated assault and violating his oath. Lawyers for both men said their clients' actions were justified.

The shooting came amid nationwide protests following Floyd's death while in the custody of a white Minneapolis police officer.

"I didn't know Rayshard Brooks but, just like George Floyd, we know him now," said 42-year-old Manerva Harris during the Monday viewing. "Not even a week after they had buried Mr. Floyd, now here we go where we have another black family going through the same thing. It's hard and it's just crazy that we're still living like this today."

"Rayshard Brooks wasn't just running from the police. He was running from a system that makes slaves out of people. A system that doesn't give ordinary people who've made mistakes a second chance, a real shot at redemption," Warnock plans to say, according to a short excerpt released Monday.