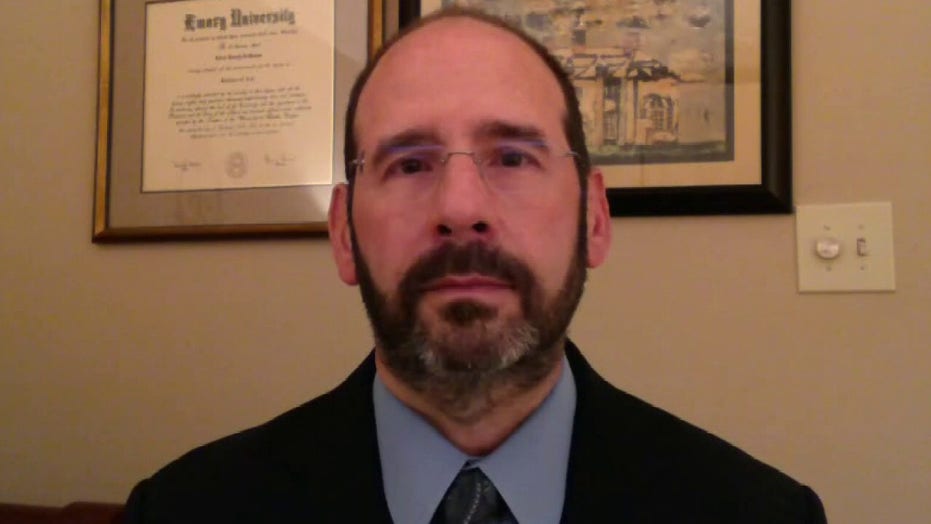 Lance Lorusso, attorney for Garrett Rolfe, weighs in on murder charge against his client.

The attorney for a former Atlanta police officer facing a charge of felony murder in the shooting death of Rayshard Brooks last week told "The Ingraham Angle" in an exclusive interview Wednesday that several claims made by the district attorney when he announced the charges were "not true."

Lance LoRusso also told host Laura Ingraham that he was "kind of getting tired of people saying that Mr. Brooks was running away.

"Mr. Brooks was not running away," he said. "Mr. Brooks turned and offered extreme violence toward a uniformed law enforcement officer. If he was able to deploy the Taser, it would incapacitate Officer [Garrett] Rolfe through his body armor, and at that point, if he decided to disarm another officer, he would be in possession of a firearm."

Ingraham told LoRusso that Fulton County District Attorney Paul Howard Jr. appeared to emphasize the early part of the encounter in which Brooks is seen speaking cordially with Rolfe -- LoRusso's client -- and Devin Brosnan, rather than the later scuffle with the officers in which Brooks steals one of their stun guns.

"I have no idea why [Howard] is doing that," LoRusso said. "There's a lot of things I have no idea [about]. He is saying one of the officers [Brosnan] is cooperating with the DA's office. The lawyer for that officer said that's not true."

LoRusso also responded to Howard's contentions that the officers did not render medical assistance to Brooks for two minutes and 12 seconds after he was shot and that Rolfe kicked Brooks as he lay dying.

"My client never kicked Mr. Brooks," the lawyer said. "If there was a video of my client kicking Mr. Brooks, you would have seen it.

"He [the DA] shows a still [where] one leg is planted and the other one's bent. He could be leaning down to try to give him first aid, it could have been when he was trying to evaluate whether he needed handcuffs. This officer gave him CPR, monitored his pulse prior to that, talked to him to try to keep him breathing and called for EMS and coordinated other efforts on the scene.

"And the other thing the DA said was that he's never seen another officer agree to testify against a bad officer," LoRusso went on. "My client [Rolfe] testified against an Atlanta Police officer in the grand jury when that officer had done something wrong. So, this is an officer who's known to the law enforcement community, he's known to the DA's office, and he was actually cleared of another use of force [incident] and he testified on behalf of the DA to prosecute a bad officer."