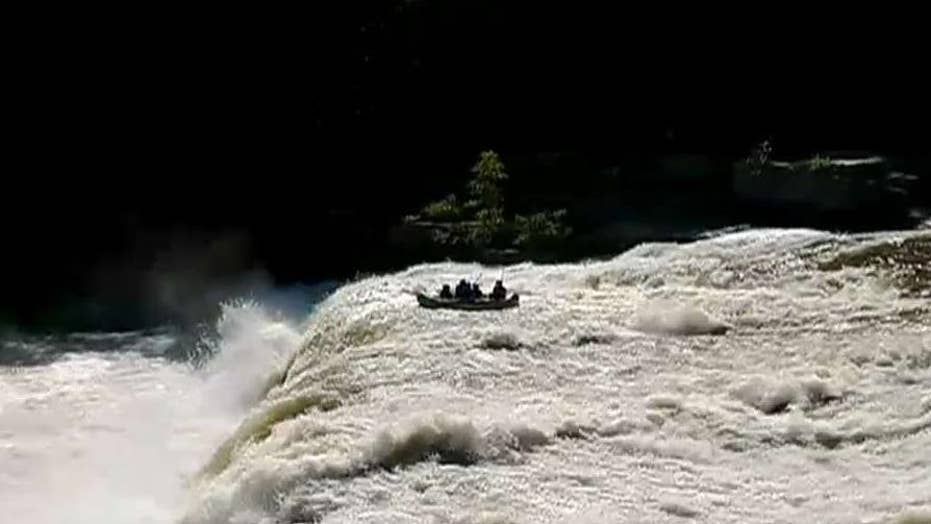 Rafters survive after being tossed over waterfall in Pennsylvania park

Park officials quickly rescue six rafters that went over a waterfall at a state park in Pennsylvania.

A group of rafters had to be rescued in Pennsylvania this weekend after plunging over a waterfall, flipping over as shocked onlookers watched.

The incident happened Saturday afternoon at Ohiopyle State Park, located about 60 miles southeast of Pittsburgh. The dramatic incident was captured by Cody Veronie, who wrote on Facebook that six people were on the raft at the time.

"This wasn't supposed to happen and wasn't part of the guided trip," he wrote. "We watched all the rafters go over and stood there waiting to see if everyone came out."

Park officials told WTAE-TV that two women and four men inside in the rented raft didn't see three different sets of signs warning them "danger beyond this point" before going over the falls. 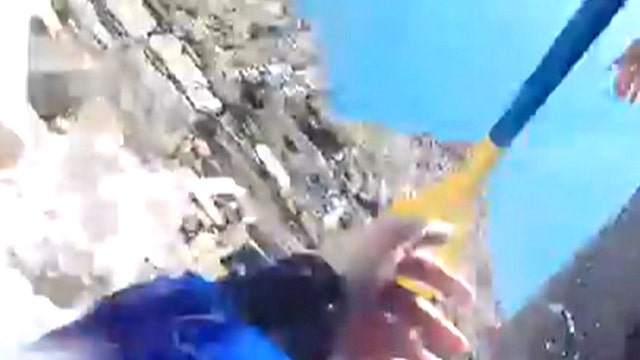 The incident happened right in front of an observation platform that allowed authorities to be quickly alerted and respond.

"We fortunately got all six of them fairly quickly," Bisbee told WTAE. "The great thing about it is, just like wearing a seat belt in your car, how important that is, all six of them had their life jackets on. So when they went over the falls, that was probably the thing that saved them, and that's why they're with us today."

While the group was shaken up by the incident, officials said that only minor injuries were reported.