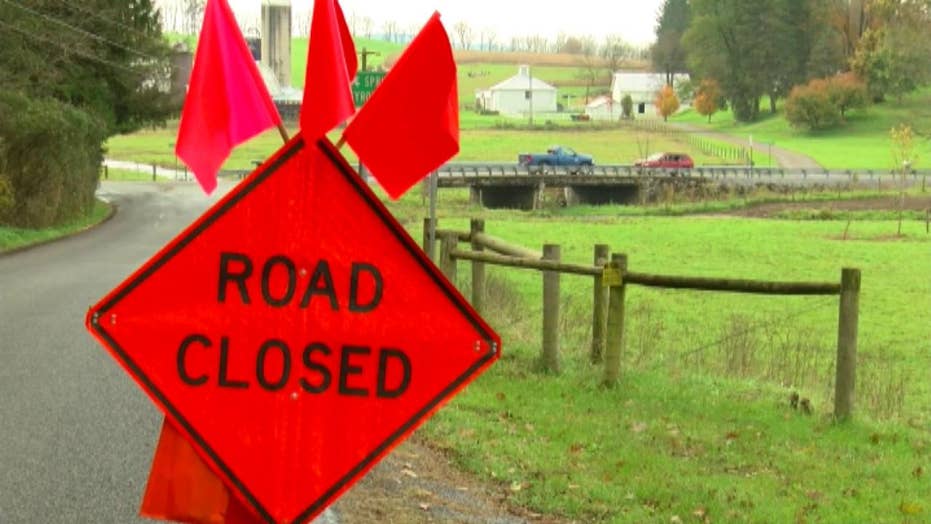 Raw video: Pennsylvania police investigate the death of a 7-year-old.

A 7-year-old boy was found dead Thursday morning at a bus stop in Pennsylvania after getting hit by a vehicle, state police said.

The fatal incident, which occurred in Franklin Township, was reported around 7 a.m. after a Tyrone school bus driver spotted the deceased child at the area near his home, Pennsylvania State Police Troop G wrote on Twitter.

Police later revealed that the boy was “struck by a vehicle,” adding that the investigation was ongoing.

“Investigators have ruled out that the child was struck by a passing motorist who then fled,” an additional tweet said. “Evidence has shown that the child was run over at a slow speed. A search warrant was obtained for a vehicle that was in the area at the time. The driver has been interviewed.”

The suspected driver, who was not immediately identified by police, didn’t realize that someone had been struck by their vehicle, State Police Trooper David McGarvey said in a statement.

The “tragic incident” was addressed in a statement on Facebook from the superintendent of the Tyrone Area School District.

“The child, a second-grade student at Tyrone Elementary, was waiting at the bus stop and was apparently struck by a passing vehicle and fatally injured,” the statement from Superintendent Cathy Harlow said. “The bus driver on route arrived at the stop discovering the situation, contacted 911 and remained at the scene until first responders arrived.”

The fatal incident comes days after three siblings in Indiana were struck by a vehicle and killed at a school bus stop.