San Francisco District Attorney Chesa Boudin hasn't ruled out running to be the city's top prosecutor once again after being recalled in a highly-publicized election.

In an interview with the San Francisco Chronicle, Boudin, who was elected because of his progressive criminal justice platform, but later ousted from office in a recall election, said he is being urged to run again in November when voters will choose his replacement.

"A lot of my supporters and endorsements and donors and Democratic clubs that were behind me are urging me to run now, or in 2023," Boudin said. "I’m committed, as I always have been my entire life, to doing the work to support our communities, to fight for a fairer system of justice."

The San Francisco Board of Supervisors was slated to approve the results from the June 7 election Wednesday, leaving Boudin with 10 days to vacate his office, SFGate.com reported. Mayor London Breed has not yet named an interim replacement.

Chesa Boudin speaks to a crowd of supporters at his recall election party in San Francisco. In an interview with the San Francisco Chronicle, Boudin did not state if he will run for district attorney again following his ouster. (Fox News)

The recall was closely watched and many characterized it as a referendum on progressive prosecutors, like his counterpart in Los Angeles County, George Gascon, who is also the subject of a recall attempt.

In the Chronicle interview, Boudin said he was unfairly attacked at every turn.

He faced an onslaught of criticism over his progressive criminal justice policies as those supporting his recall pointed to an increased murder rate, violent crime, shoplifting, burglaries, and an open-air drug trade as reasons to vote for his removal from office. 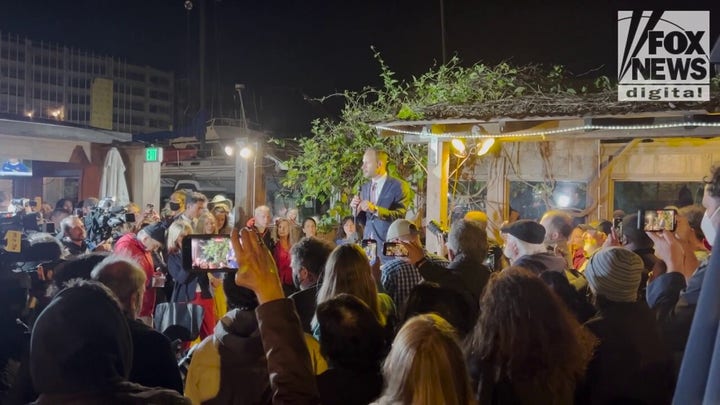 "I was only in office for two months with our courts functioning at their normal capacity. And despite that, I was attacked for literally everything that’s wrong in the city, things that have been wrong for decades," he said. "And so when you put in that context, I’m actually really proud of the fact that we won a lot more votes in 2022 than we did in 2019."