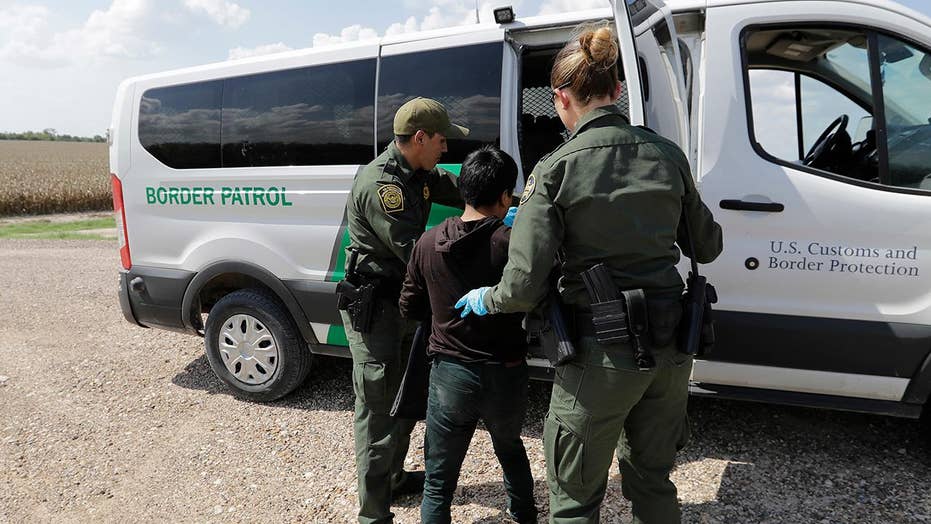 The Department of Homeland Security sends word back to the White House that the idea to ease the burden on border cities would be illegal and logistically impossible; John Roberts reports.

An Oregon man was sentenced to four months in prison on Monday for trying to bribe an Immigration and Customs Enforcement officer to deport his wife and her daughter.

Antonio Oswaldo Burgos, 48, pleaded guilty in November to bribing the deportation officer in May 2018, the U.S. Attorney's Office for the District of Oregon said in a news release, citing court documents.

Burgos followed the officer from the ICE office in Portland, where Burgos is located, to Vancouver, Washington, a roughly 10-mile drive north.

He tried paying the officer to deport his wife, whom he met in El Salvador and was divorcing, and her daughter from a previous relationship. The ICE officer declined and reported Burgos.

A week later, the officer, along with ICE investigators, made a recorded call to Burgos, in which he offered $3,000 to force his wife out of the U.S. A similar call took place the following week, and Burgos and the officer planned an in-person meeting.

When the two met as part of the sting operation, Burgos offered $4,000 to the ICE agent to deport his wife and her daughter.

“Attempting to bribe a federal law enforcement officer is a serious crime and will be met with equally-serious consequences,” Billy J. Williams, U.S. Attorney for the District of Oregon, said in November. “I commend the ICE officer involved in this case for responding to Burgos’ criminal proposition with the utmost level of professionalism and resolve.”

Burgos on Monday was sentenced to four months, and will also serve three years' of supervised release, officials said.