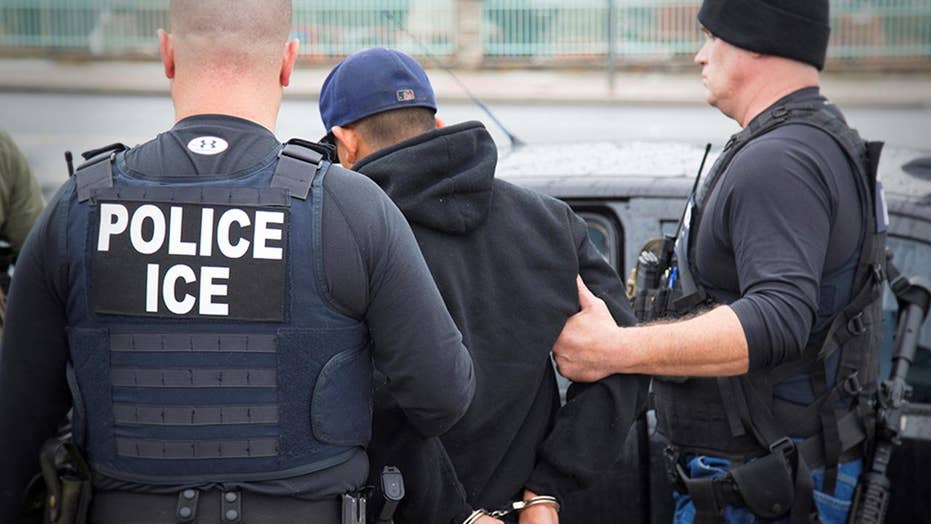 Acting ICE Director Matt Albence explains how the list is prioritized and breaks down new efforts by the agency to crack down on illegal immigration at the southern border.

ICE has launched a new section of its Most Wanted list containing the names and images of seven “heinous criminals” that are still out there on the streets, acting director Matt Albence tells Fox News.

The seven men – accused of crimes ranging from homicide to aggravated DUI – are sought after by the federal agency’s Victims Of Immigration Crime Engagement Office, which was established in 2017 “to fulfill President Trump’s commitment to help people affected by criminal activity perpetrated by criminal aliens.”

“We have a tip line… that gets hundreds of thousands of tips a year,” Albence told "Fox & Friends" on Tuesday. “We are just getting the visibility of some of these more heinous criminals that are out there on the street that are fugitives -- and any help that we can get from the public to locate, identify and remove these public safety threats we certainly welcome.”

Albence also spoke on the topic of a pilot program that is being launched by Homeland Security this week on the U.S.-Mexico border, in which migrants attempting to cross it with children will be asked to submit to DNA tests in order to prove they are related.

Some migrants showing up at the U.S. border claiming to be an unaccompanied minor or part of a family unit have been accused of taking advantage of loopholes in the U.S. immigration system in order to stay in America.

Albence told ‘Fox & Friends’ that ICE already has sent special agents and forensic analysts down to the border and “within the first couple of weeks, three out of every ten families that we have identified have been fraudulent. “

“And it’s not just the fraudulent families, it’s individuals that are posing as fraudulent, unaccompanied alien children,” he added. “So you have got 23-year-olds posing as 16-year-olds so they can get released, because they know we can’t hold them.”

“We know that these smuggling organizations are recycling children and using these children over and over again because the adults that they are coming with, who are not their parents, know that they will be released,” he said.