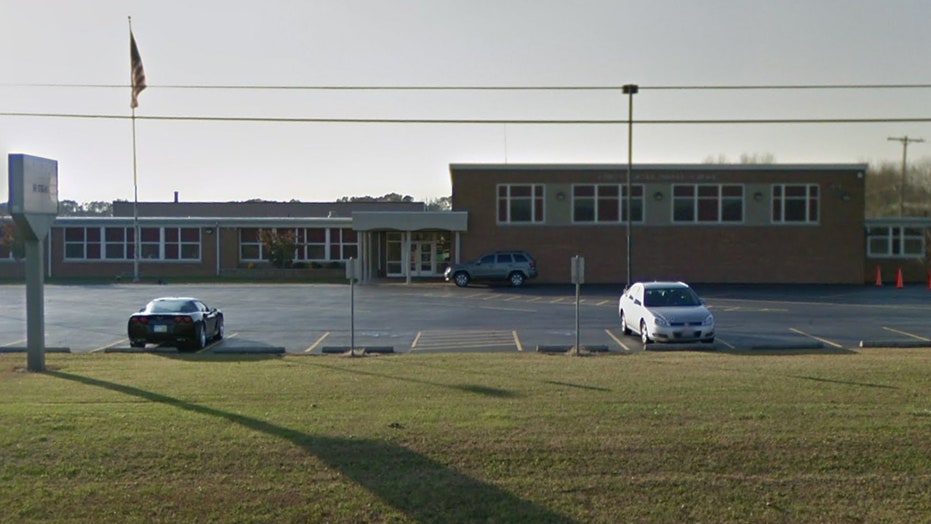 An Ohio school district has sent hundreds of students home early for the summer after the presence of a radioactive material used in the creation of nuclear weapons was detected inside its middle school.

The Scioto Valley Local School District on Monday announced Zahn’s Corner Middle School – about 65 miles south of Columbus – is closed until further notice to allow for more testing and an evaluation of potential health impacts and cancer risks. A recent independent study conducted by Northern Arizona University found enriched uranium inside the property as well as plutonium, uranium and neptunium in water and dust samples collected from the surrounding community.

“There's just not a playbook in how we deal with this,” the district’s superintendent, Todd Burkitt, told WLWT. “We're kind of writing the script as we go."

The school is several miles from the U.S. Department of Energy’s Portsmouth Gaseous Diffusion Plant, which shut down in 2001 and is now in the process of decontaminating and decommissioning. A nuclear waste disposal cell is being built at the 3,000-acre facility to store radioactive debris that will be created when sections of the plant are demolished.

Zahn's Corner Middle School in Piketon, Ohio, has closed after enriched uranium was found inside the property as well as plutonium, uranium and neptunium in water and dust samples collected from the surrounding community. (Google Maps)

“The plant was one of three large gaseous diffusion plants in the United States initially constructed to produce enriched uranium to support the nation’s nuclear weapons program and, in later years, enriched uranium used by commercial nuclear reactors,” the Department of Energy says on its website. “After the Cold War, weapons-grade uranium enrichment was suspended and production facilities were leased to the private sector.”

Michael Ketterer, a professor emeritus of chemistry and biochemistry at the school, told the Associated Press that contamination is widespread in the community and believes it comes from the Piketon plant.

An Ohio Department of Health spokesman said the agency is reviewing existing research and sample results, according to the Columbus Dispatch. Heidi Griesmer, deputy director for the Ohio Environmental Protection Agency, said her agency would also evaluate the data.

“While the amount reported is far below the risk level, we have asked the Department of Energy to investigate it further,” Griesmer said.

The middle school, which serves more than 300 students, was set to end its academic year on May 21. The Ohio Department of Education told WLWT that the students won’t have to make up the missed days as they already fulfilled their requirements for the year.

"We're not going to take any chances on someone's child. We just won't do that," Burkitt said.