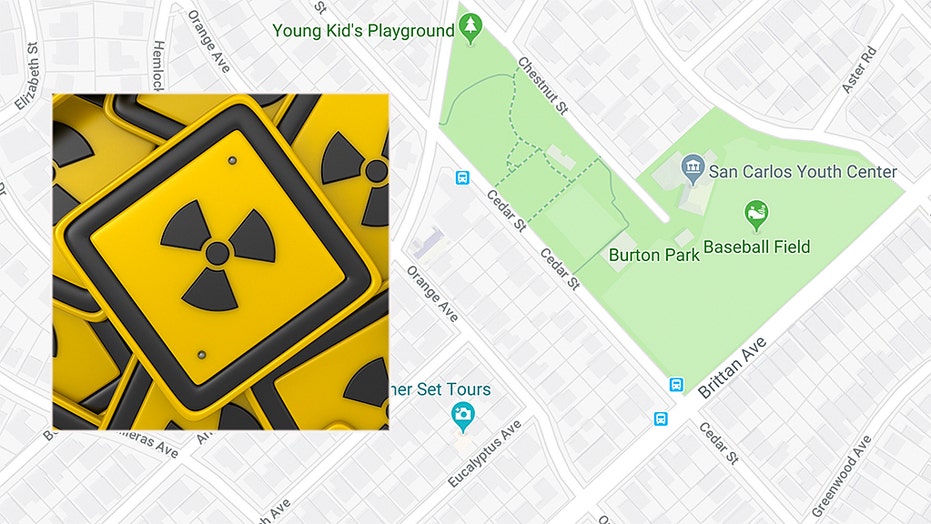 Officials with the San Mateo County Environmental Health Services division on Thursday notified the Redwood City Fire Department that they had discovered material with low to moderate levels of radioactivity, The San Francisco Chronicle reported.

The home is located on the 1000 block of Cedar Street in San Carlos, a city of about 30,000 halfway between San Francisco and San Jose.

“We don’t suspect anything nefarious or bad intent with this material,” Maupin said.

FUKUSHIMA DISASTER SURVIVORS TO MOVE BACK TO RADIOACTIVE HOMES

The discovery of the radioactive material prompted temporary closures of nearby streets, along with the nearby Burton Park and San Carlos Youth Center.

"There's no danger to the public,” Peterson said.

Officials from the California Department of Public Health plan to remove the material and dispose of it.

The home reportedly belonged to Ronald Seefred, who died in January at age 82.

Seefred worked at the Department of Energy’s SLAC National Accelerator Laboratory in Menlo Park for more than 40 years, the San Francisco Chronicle reported, citing a newsletter from the Northern California Chapter of the Health Physics Society.