Watch as deputies reportedly pick up cash on busy highway

In Ohio, deputies from the Warren County Sheriff's Office were reportedly picking up cash on a busy highway after a truck hit a bag. (Video: Ohio Department of Transportation)

Warren County, Ohio, drivers got a bit of an early Christmas bonus on Tuesday after pulling over and grabbing money that spilled out onto Interstate 71, according to reports.

ABC station WHIO reported that the chaotic scene happened at about 3:45 p.m. on Tuesday, and drivers were seen pulling over, getting out of their vehicles and grabbing currency from the interstate.

Dispatchers from the Warren County Sheriff’s Office told deputies in the field that there were reports of money on the highway near I-71 and SR-48.

State Police also responded to the scene to assist because traffic was snarled due to the cash grab.

WHIO said it was not known how the money ended up on the interstate, but county dispatchers said they received reports of a backpack of cash getting thrown from a vehicle.

A request for additional information was deferred by the State Police, who said the Warren County Sheriff’s Office took the lead on the investigation.

OHIO-BOUND SOUTHWEST FLIGHT DIVERTED TO ARKANSAS AFTER ALLEGED ASSAULT ONBOARD

The sheriff’s office did not immediately respond to requests seeking confirmation of the incident.

Video obtained from the Ohio Department of Transportation shows people on the highway, including law enforcement, attempting to pick up the cash from the road.

As a result of the incident, the highway was closed for cleanup. 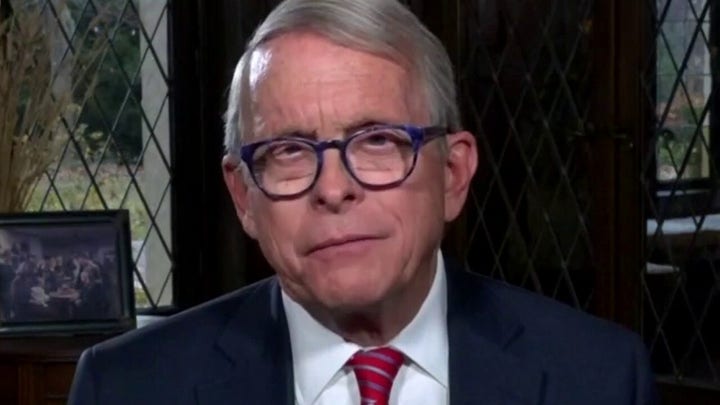