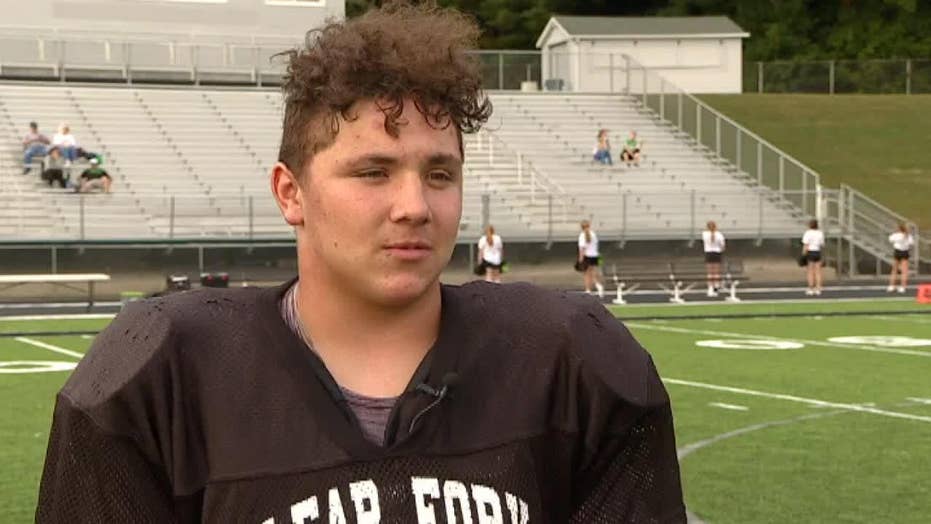 An Ohio high school football player is being hailed as a “real-life hero” by his coach after reportedly lifting a car off his neighbor and saving the man’s life.

Zac Clark, 16, of Butler, heard screams Saturday and sprinted across the street to where his 39-year-old neighbor was pinned under a Volkswagen, struggling.

“Instincts kicked in and I just ran over there, and I just thought I had to get the car off him,” Zac told the Mansfield News Journal Wednesday. “I did get it off him a little bit and his wife and my mom pulled him out from under it. Next thing you know he got rushed to the hospital.”

Zac Clark, 16, sprang into action when his neighbor was pinned under a car. Zac lifted the car off the neighbor who suffered broken ribs and facial injuries.  (Fox 8 Cleveland)

“It was crazy,” the sophomore added.

The man suffered cracked ribs and facial injuries but survived.

"Our left guard, Zac Clark, lifted a car that fell off the jack and on to his neighbor's chest,” Carroll wrote on the team’s Facebook page. “His neighbor survived the incident, and the doctor said that Zac saved his life. Great job springing into action Zac!”

Zac told FOX8 Cleveland he believes the strength to lift the 3,000-pound car off his neighbor may have come from his father, who passed away last year.

“I wanted to be able to save him to be with his family,” he said.