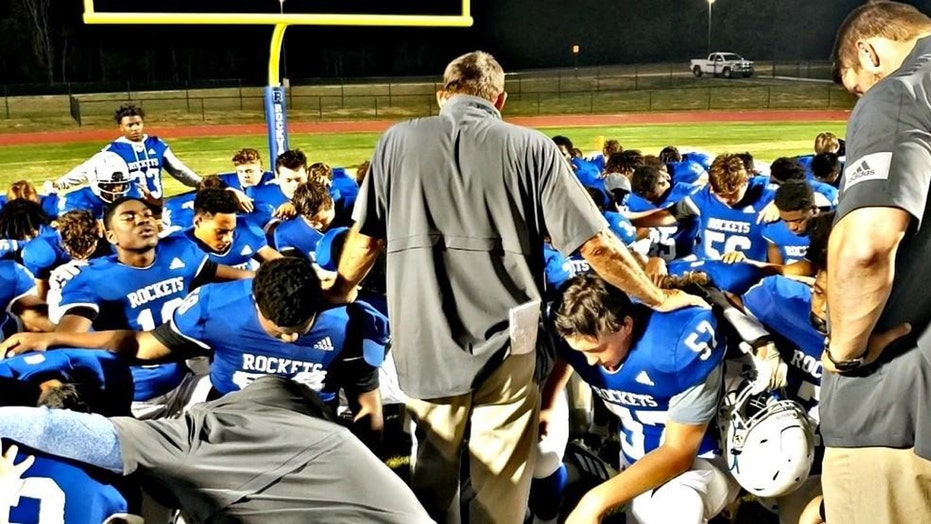 Tenessee students at Rockvale High School called an audible to save a longstanding team prayer tradition after an atheist group tried to shut it down.

The Freedom From Religion Foundation filed a complaint with Rutherford County Board of Education on Aug. 30 against Coach Rick Rice, who admitted to the school principal that he had led two prayers since starting his coaching job this fall, FOX 17 reports.

"We always prayed before games. It was just part of what we did," Rockvale resident Drew Kilgour told News 4, but the Wisconsin-based organization says it's unconstitutional and demanded an investigation into the incident.

“Courts have consistently ruled that public school teachers and coaches may not lead, or participate in prayer with their students," Patrick Elliott, FFRF senior counsel, said in a statement. "School personnel should take care to ensure that students of all faiths and no faith feel welcome on all school sports teams."

Rice apologized, adding that he didn't mean to offend anyone after FFRF received an anonymous tip, and the school said it resolved the issue.

"Any prayers or religious activities must be student-initiated and student-led," the district wrote in a statement. "Employees are not to lead the activities or participate other than to provide supervision."

Rockvale students Madison Nowacki and La'Naya Nelson announced plans to host a group prayer at 6:30 p.m. on the track before the Rockets face off against the Oakland Patriots Friday night, according to posts on social media, as teens around the world celebrate Global Week of Student Prayer this week.

"We invite all who want to pray over the boys before the game starts!" the prayer circle invite reads. On Wednesday, tens of students at Rockvale participated in the "See You at the Pole" prayer event before school.

Many in the community expressed anger at the complaint filed by FFRF and have come out in support of the coach.

"I believe that the complaint was very unnecessary and it upsets me to see it," Madison, whose brother plays on the team, told the Daily News Journal. "Coach Rice is an amazing, outgoing and hardworking coach...It was a prayer to heal the boys, and make sure they stayed strong."