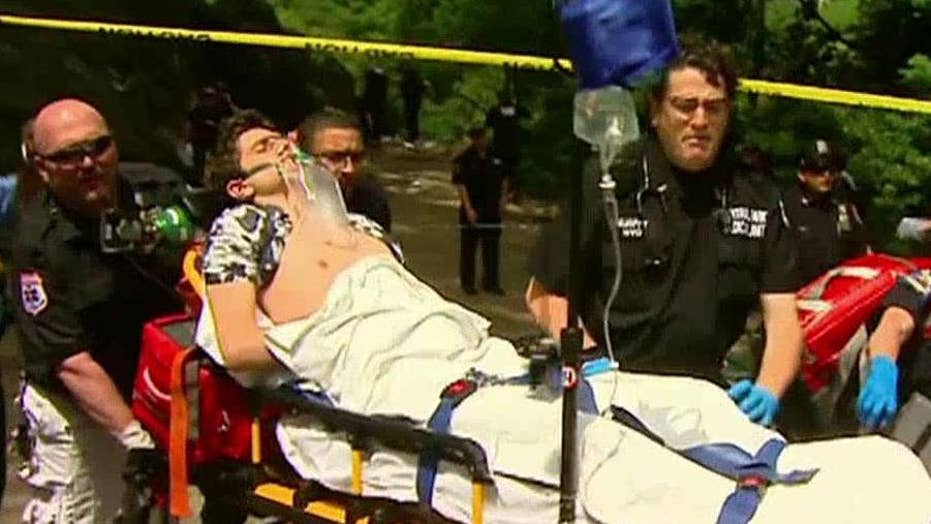 Cops say explosion was 'not terrorism' in New York City

Officials in New York said Wednesday that the substances used in a makeshift explosive that blew off a teen’s foot in Central Park earlier this month are commonly sold and legally available for sale in hardware stores.

The NYPD said in a statement that the products could be purchased and mixed with other chemicals to develop a homemade bomb.

“Based on the crime scene investigation and the forensic examination, it is believed that this explosive material was made by someone experimenting with commercially available products.”

Officials have said that the incident that caused Connor Golden, 18, to lose his foot on July 4 wasn’t terror related, and were working a theory that someone was testing explosives, perhaps in advance of the holiday.

Torre said the device, which was not described, had likely been in the park “longer than a day” and could have been constructed by someone with a basic knowledge of chemistry and access to a computer.

Golden and the two friends who were with him are not suspected of planting the device, O’Connell said.

Golden and his friends were visiting New York from Washington D.C. for the Fourth of July holiday, The New York Post reported. The trio was jumping from a large, sloping rock in the park when Golden’s foot triggered the device.

Police have offered a $10,000 reward for the arrest and indictment of the person responsible for the crime.