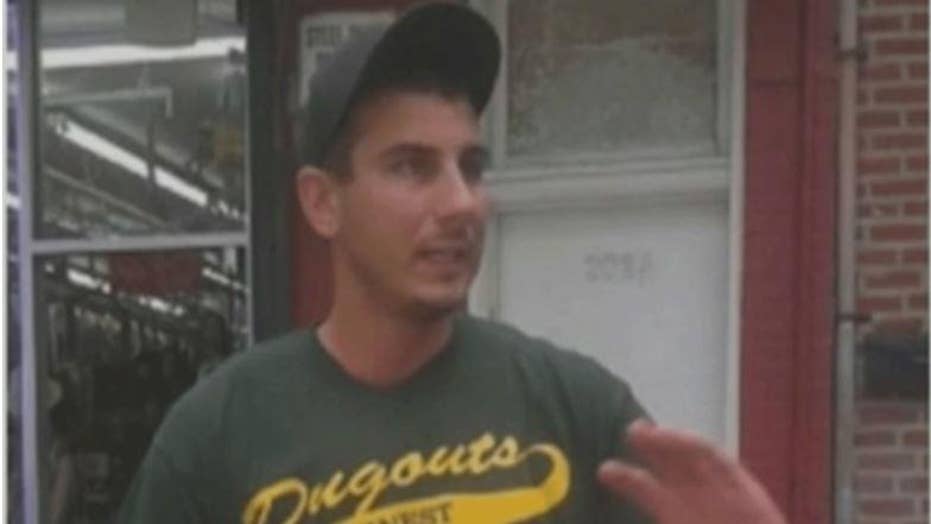 His firing was recommended by the NYPD Deputy Commissioner of Trials. Commissioner James O’Neill based his decision on the recommendation by the commissioner and the mistakes made by Pantaleo.

Daniel Pantaleo, the New York City police officer accused in the 2014 death of Eric Garner that sparked nationwide outrage, has been fired, Commissioner James O'Neill announced Monday afternoon -- spurring a furious response from the department's police union, which blasted the decision as caving to "anti-police extremists."

O'Neill, who said it was "an extremely difficult decision," said during a midday news conference that he made his final call in the "last couple of days" in the case that has spanned five years.

"None of us can take back our decisions," O'Neill told reporters, "especially when they lead to the death of another human being."

Pantaleo had been suspended since Aug. 2, after a department disciplinary judge recommended his termination.

"I agree, he can no longer effectively serve as a New York City police officer," O'Neill said.

The decision by NYPD Deputy Commissioner of Trials Rosemarie Maldonado on Aug. 2 came amid a ruling by the U.S. Department of Justice last month to not bring civil rights charges against Pantaleo, whose case has become a national story and even seeped into the Democratic presidential debates.

The head of the Civilian Complaint Review Board, which prosecuted the case against Pantaleo, said the evidence presented at trial left the commissioner “no option but to dismiss Pantaleo,” providing "closure" to Garner’s family, the city and “a nation that long has had watchful eyes upon this case.”

“Make no mistake: This process took entirely too long. And the tragic reality is that neither a verdict from a judge nor a decision by a police commissioner can reverse what happened on July 17, 2014,” CCRB Chairman Fred Davie said in a statement.

Officer Daniel Pantaleo is accused of using a chokehold in the 2014 death of Eric Garner; David Lee Miller reports.

"Officer Daniel Pantaleo’s termination from the New York City Police Department does not make the death of Eric Garner any less harrowing. But it is heartening to know that some element of justice has been served," the statement continued.

The NYPD union blasted O'Neill's decision, saying "he has chosen politics and his own self-interest over the police officers he claims to lead."

"He has chosen to cringe in fear of the anti-police extremists, rather than standing up for New Yorkers who want a functioning police department, with cops who are empowered to protect them and their families," New York City Police Benevolent Association President Patrick J. Lynch said in a statement. "With this decision, Commissioner O’Neill has opened the door for politicians to dictate the outcome of every single NYPD disciplinary proceeding, without any regard for the facts of the case or police officers’ due process rights."

Lynch added the "damage is already done" to the department, which he described as "rudderless and frozen."

"Now it is time for every police officer in this city to make their own choice," Lynch said, in part. "We are urging all New York City police officers to proceed with the utmost caution in this new reality, in which they may be deemed ‘reckless’ just for doing their job. We will uphold our oath, but we cannot and will not do so by needlessly jeopardizing our careers or personal safety.”

When asked by a reporter whether Mayor Bill de Blasio forced his hand, O'Neill said the dismissal was his choice.

"This is the decision that the police commissioner makes," he said, calling Garner's death an "irreversible tragedy" that "must have a consequence."

De Blasio has never said whether he believed Pantaleo should lose his job, but promised "justice" to Garner's family. Questions about the handling of the case have dogged de Blasio during his run for president, with some protesters at the recent debate in Detroit chanting, "Fire Pantaleo."

New York Attorney General Letitia James said Garner's family has waited five years and that "some semblance of justice is finally being served."

"In memory of Eric Garner and the countless others who have unjustly lost their lives, we will continue to fight for reforms to fix our broken criminal justice system and ensure that all of our communities feel safe," James said in a statement.

Garner, who was black, died during a 2014 arrest in Staten Island for the sale of untaxed cigarettes after he refused to be handcuffed by several officers. Prosecutors in the case argued Pantaleo, 33, used a banned chokehold to take Garner down to the ground, but his attorney argued he used an approved "seat belt" technique to subdue the suspect.

In a cellphone video taken by a bystander, Garner could be heard saying “I can’t breathe” 11 times before falling unconscious. That phrase has since become a rallying cry for the Black Lives Matter movement.

Last month the Justice Department ruled against the Civil Rights Division’s recommendation that charges be brought against Pantaleo, siding with officials with the U.S. Attorney's Office in the Eastern District of New York, and arguing the government's burden of proof could not be met. A grand jury also declined to indict Pantaleo on criminal charges in 2014.

Garner's daughter, Emerald Snipes Garner said Monday she wanted to thank O'Neill "for doing the right thing" in firing Pantaleo. But she said her family's fight for justice "is not over."

Garner, who appeared with the Rev. Al Sharpton after O'Neill announced his decision,  said her family wants to see action taken against the other officers who were present when Pantaleo tried to arrest her father in addition to seeing "Eric Garner Law" passed that would make police chokeholds illegal.

Sharpton said supporters of the Garner family are relieved that Pantaleo has been fired "but not celebratory."

Fox News' Paulina Dedaj and Tamara Gitt and the Associated Press contributed to this report.