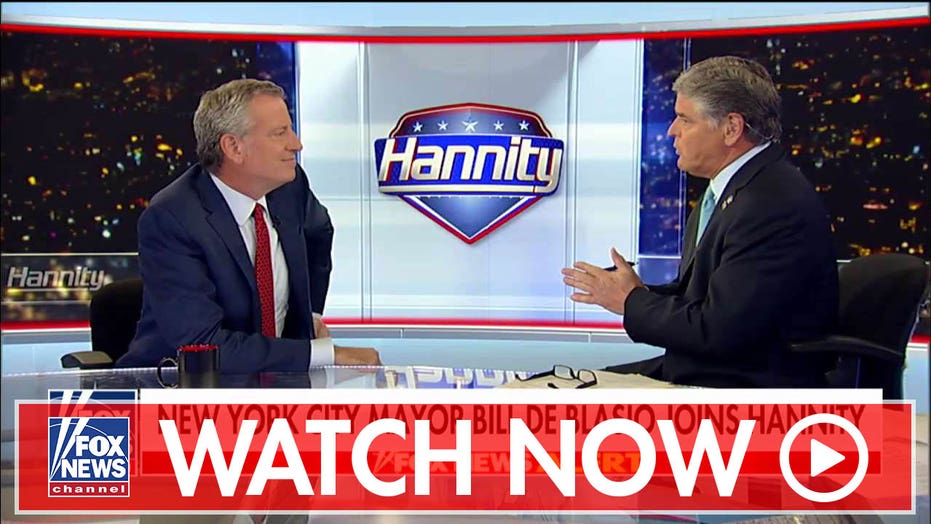 The 2020 Democratic presidential candidate claimed a border wall with Mexico is unnecessary but some reforms are needed, in an explosive interview Wednesday on "Hannity."

"I support border security but not walls," he said.

"I don't think we need additional walls because, look, there are 11 million people here right now.

CHRIS STIREWALT: TEXAS SAFE FOR REPUBLICANS IN 2020 UNLESS BIDEN THE NOMINEE 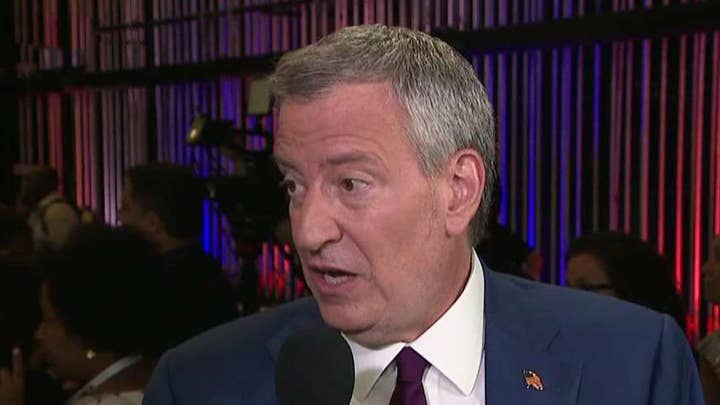 De Blasio called the millions of undocumented immigrants living in the United States the, "biggest 'Don't Ask, Don't Tell' in American history," -- a reference to the official military policy from 1994 to 2011 governing LGBT members of the U.S. military.

"There's no invasion," he added.

"There are people here already who are part of our community."

At a May rally in the Florida panhandle, Trump likened the influx of illegal immigrants to an "invasion." 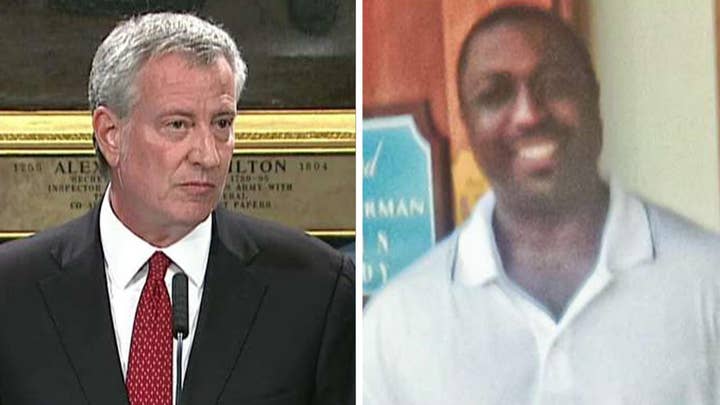 "When you see these caravans starting out with 20,000 people, that's an invasion," he said at a Panama City event.

In his interview with Hannity, de Blasio also reacted to the import of illicit drugs and immigration of illegal aliens who are criminals, across the southern border.

"People get in with a wall or without a wall, that's not how you do it," he said.

"You create an actual border security mechanism. You have every tool you need and you create a reality in our communities where police and communities are working together."

At one point, he pushed back on Hannity's use of the words, "sanctuary city," to describe municipalities that ignore federal immigration law.

"I don't accept any of these terms," he said.

Regarding illegal immigrants being granted access to health care services in New York City, the mayor argued the undocumented residents would cost the taxpayers money for their treatment either way.

"Folks go to the emergency room... who's paying for it?"

"These are human beings who are part of our economy and part of our neighborhood," the former city councilman from Brooklyn added.