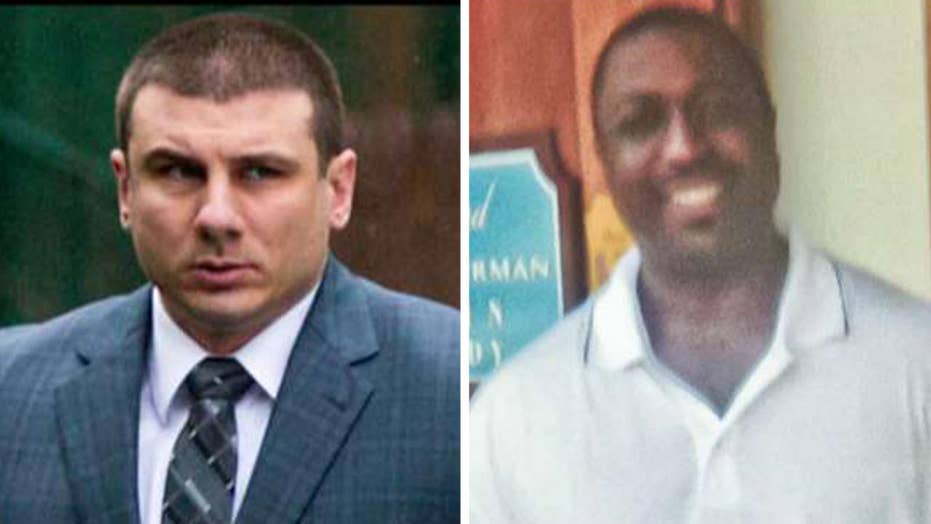 Officer Daniel Pantaleo is accused of using a chokehold in the 2014 death of Eric Garner; David Lee Miller reports.

The New York City cop charged in the 2014 death of Eric Garner should be terminated, a judge recommended Friday, and Officer Daniel Pantaleo was suspended -- though the decision to fire him is not yet official.

The decision by NYPD Deputy Commissioner of Trials Rosemarie Maldonado comes amid a ruling by the U.S. Department of Justice last month to not bring civil rights charges against Pantaleo, whose case has become a national story and even seeped into the Democratic presidential debates.

"Today's decision confirms what the Civilian Complaint Review Board always has maintained: Officer Daniel Pantaleo committed misconduct on July 17, 2014, and his actions caused the death of Eric Garner," Fred Davie, chairman of the review board that served as the prosecutor, said.

“If it is allowed to stand, it will paralyze the NYPD for years to come. This judge ignored the evidence and trampled P.O. Pantaleo’s due process rights in order to deliver the result that the grandstanding politicians and protesters demanded,” his statement read.

He continued: “The only hope for justice now lies with Police Commissioner O’Neill. He knows the message that this decision sends to every cop: we are expendable, and we cannot expect any support from the city we protect. He knows that if he affirms this horrendous decision, he will lose his police department.”

Garner, who was black, died during a 2014 arrest in Staten Island when he refused to be handcuffed by several officers. Prosecutors in the case argued that Pantaleo, 33, used a banned chokehold to take Garner down to the ground but his attorney argued that he used an approved "seat belt" technique to subdue the suspect.

In a cell phone video taken by a bystander, Garner could be heard saying “I can’t breathe” 11 times before falling unconscious. That phrase has since become a rallying cry for the Black Lives Matter movement. 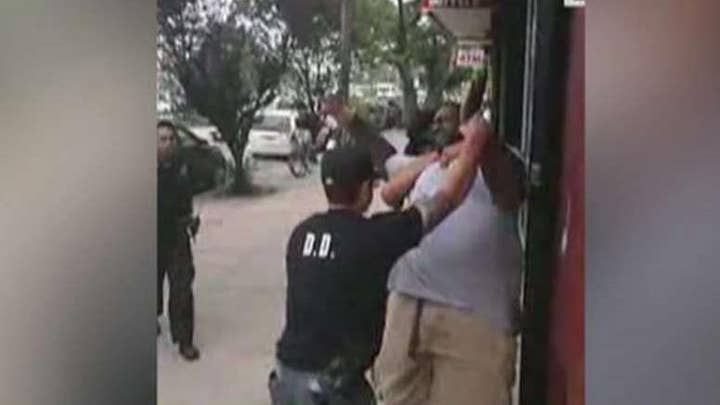 Last month the Justice Department ruled against the Civil Rights Division’s recommendation that charges be brought against Pantaleo despite officials with the U.S. Attorney's Office in the Eastern District of New York, arguing the government's burden of proof could not be met.

A grand jury also declined to indict Pantaleo on criminal charges in 2014.

Pantaleo's lawyer will have about two weeks to submit responses before Police Commissioner James O'Neill makes a final decision on punishment. It is not clear what direction he will go in.

Fox News’ Lucia I. Suarez Sang, Jake Gibson and The Associated Press contributed to this report.