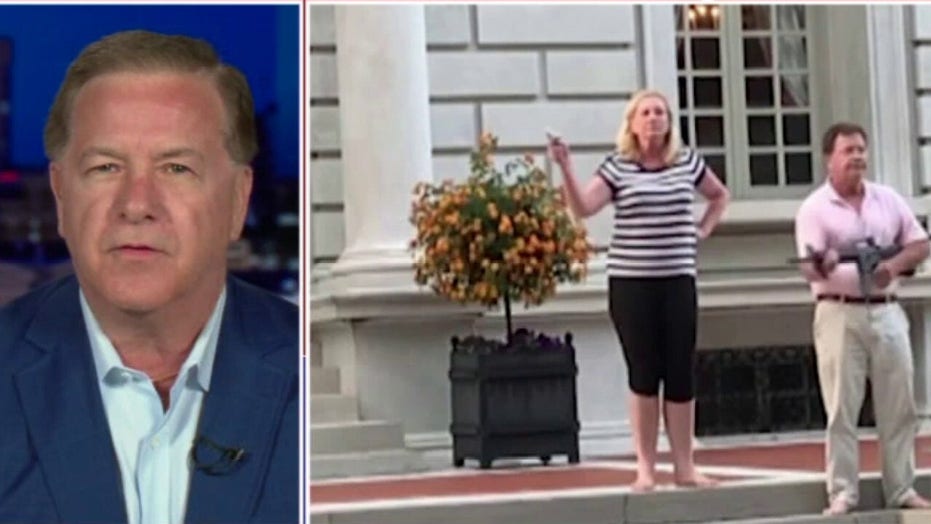 FIRST ON FOX: The Republican club that once boasted Theodore Roosevelt as a member, now located in a historic townhouse in one of Manhattan’s ritziest neighborhoods, almost fell victim to an armed robbery – until three uptown Republicans stepped in.

Thursday evening, April 21, at an event hosted by New York City’s Metropolitan Republican Club, a man unknown to club members dressed in a maintenance uniform reportedly grabbed a metal cash box from the lobby of the club’s prewar building headquarters and took off onto the quiet streets of Manhattan’s Upper East Side while politicos schmoozed inside.

The club’s president, Ian Walsh Reilly, told Fox News Digital that he immediately called the police and followed the man outside, and two other club members ran with him.  Once the three individuals caught up to the alleged burglar, they detained him until law enforcement arrived at the scene moments later.

After wresting the weapon away from him, police quickly arrested the man, the witness told Fox News. The man then returned the box, which contained cash, as well as checks made out to "The Metropolitan Republican Club," to Reilly.

"He walked into the wrong club that night," Reilly told Fox News Digital on deterring the alleged burglar.

When asked if the club will be taking any extra precautions going forward, Reilly said that "more advanced security systems" will be put in place, but the incident will not stop the club from meeting and serving as a forum for political discourse and the exchange of conservative ideas.

"We will adapt, but we will not be changed," Reilly resolved.

Reilly, a prominent figure in New York’s conservative circles, said the incident has only deepened his already strong support for police during a "very difficult time for law and order" in the Big Apple.

Police on the scene following the arrest of a man accused of attempting to burglarize the Metropolitan Republican Club. (Ian Walsh Reilly)

Just 9 days earlier, 10 people were shot, apparently at random, when a gunman opened fire on the subway in the neighboring borough of Brooklyn.

"Even in the daylight, the everyday New Yorker has to constantly look over their shoulder just to remain safe," Reilly said. "We faced a situation that could have gone horribly wrong, but thankfully, when called upon, the NYPD reacted quickly, professionally and without hesitation to ensure our safety."

The reported burglary interrupted an event the club was hosting in support of U.S. Senate candidate Mark McCloskey, who gained national attention after videos surfaced showing him and his wife standing defensively outside their home in St. Louis, Missouri, holding an AR-15 and handgun respectively as Black Lives Matter protesters marched through their neighborhood following the killing of George Floyd.

Although protesters were present earlier in the night in response to McCloskey’s presence, Reilly says he has no reason to suspect they had any connection to the alleged attempted theft at this time.

While this is the first alleged burglary attempt recorded by the Metropolitan Republicans, the storied clubhouse has been the backdrop of multiple crime scenes over the past few years.

In December 2020, Reilly accused antifa after vandals scrawled "you’re canceled" on the exterior of the historic building alongside anti-police graffiti messages.

Prior to that in 2019, two men were arrested and sentenced to four years in prison after a fight between antifa and members of the far-right group "Proud Boys" broke out in the street outside the club following an appearance by "Proud Boys" founder Gavin McInnes.