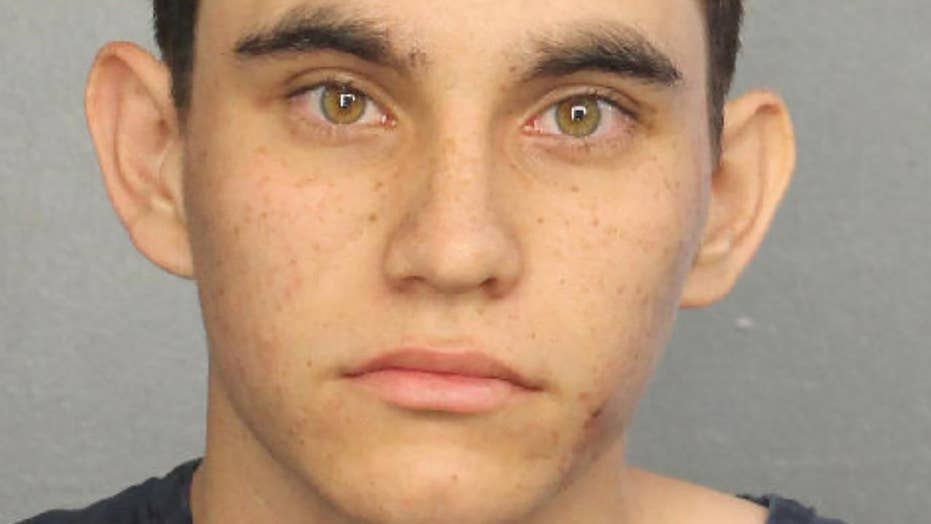 Nikolas Cruz, the confessed gunman who fatally shot 17 people in a Parkland, Florida school in February, vomited and hyperventilated after his arrest, according to a police report released Thursday.

Cruz, after carrying out one of the deadliest mass shootings in modern U.S. history at Marjory Stoneman Douglas High School on Feb. 14, heaved and vomited clear fluid as a witness identified him, the Miami Herald reported.

The 19-year-old "began to hyperventilate," according to a report written by the Coconut Creek officer who detained him, and police reportedly helped him remain standing. Paramedics were called as a precaution.

Cruz was arrested more than hour after opening fire in the freshman building of the school around 2:21 p.m. Minutes later, police say Cruz left the building and blended in with students who were evacuating.

At 2:50 p.m., Cruz bought a drink at a nearby Subway, and 11 minutes later, he walked into a McDonald's, sat down and left, before being taken into custody just after 4 p.m, a timeline from the Broward County Sheriff's Office stated.

Cruz has been charged with 17 counts each of murder and attempted murder.