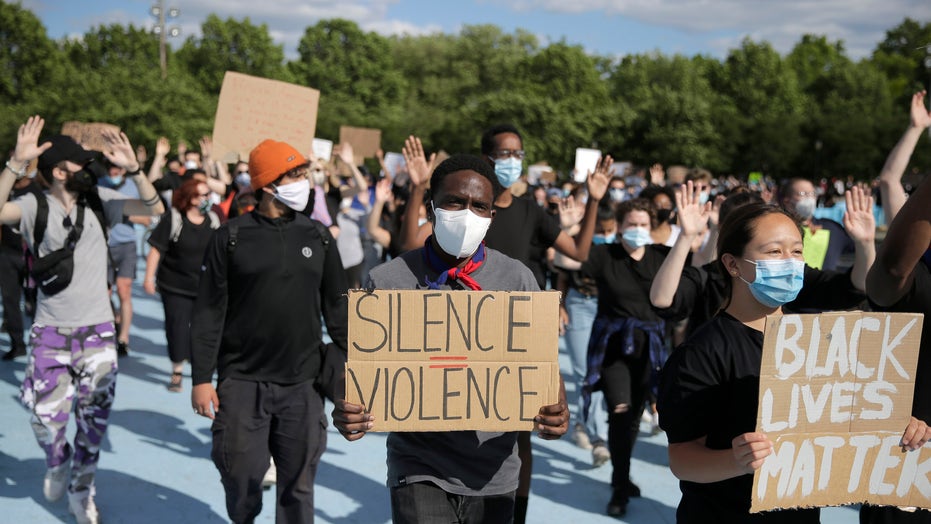 The man caught on camera chasing down Black Lives Matter demonstrators with a Wolverine-type claw in Queens is now charged with attempted murder, authorities announced Thursday.

Frank Cavalluzzi, 54, was filmed chasing protesters in Whitestone on Tuesday while wearing a glove affixed with four long, serrated-edged blades — before getting into his SUV, driving onto the sidewalk and attempting to mow them down, prosecutors said.

“I will kill you,” he allegedly yelled at the protesters, according to prosecutors.

Cavalluzzi, whom police sources called a known troublemaker in the area, was arrested Thursday morning.

“In a burst of anger and rage, this defendant allegedly sought to kill protesters who were peacefully assembled and exercising their right to free speech,” Queens District Attorney Melinda Katz said in a statement.

Protesters march a large sculpture of a globe in Flushing Meadows Corona Park in the Queens borough of New York, Sunday, May 31, 2020. Demonstrators took to the streets of New York City to protest the death of George Floyd, a black man who was killed in police custody in Minneapolis on May 25. (AP Photo/Seth Wenig)

“No one at any time should infringe upon another’s Constitutionally-protected freedoms and doing so with the intent to injure and maim is criminal.”

Katz said it was “amazing” that no one had been injured in the melee.

If convicted, he faces up to 25 years in prison.

His attorney didn’t return a call from The Post on Thursday night.