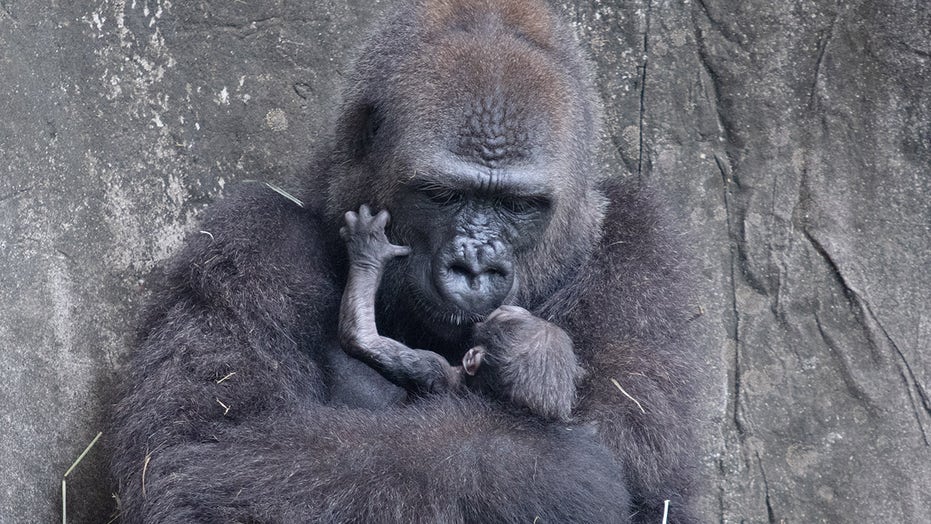 The Audubon Zoo in New Orleans is celebrating the birth of an endangered western lowland gorilla, the first gorilla birth in more than two decades, at the facility.

The infant was born Sept. 4, zoo authorities said, but the big announcement about its birth came a few days later.

The unnamed newborn is the first for Tumani, a 13-year-old who arrived at the Audubon Zoo in 2017. The last gorilla born there was Praline in 1996, who is still part of the troop, officials said. The new father is a 26-year-old silverback named Okpara.

Video shared to Facebook shows Tumani cradling and playing with her newborn in the zoo’s primate enclosure, which will be closed to the public until the infant bonds with the rest of the gorilla troop, officials said.

“We are thrilled to share this birth with our New Orleans community and contribute to the conservation efforts of this critically endangered species,” said Ron Forman, the zoo’s president and CEO, in a statement.

The birth is good new for the zoo, which has lost an estimated $21 million because coronavirus pandemic, Forman said.

The nonprofit zoo is also accepting donations of food and supplies through a virtual “baby shower” at its website.

Western lowland gorillas, native to Cameroon, Equatorial Guinea, Gabon and parts of other nearby countries are on the critically endangered list, according to the World Wildlife Fund.

They are slightly smaller than other gorillas, about 4 to 5.5 feet tall when standing upright and weighing up to 440 pounds, according to the WWF. And they have brown-grey fur with reddish-brown chests.

Threats to their populations in the wild consist largely of poaching and disease, including the Ebola virus, which experts say has caused widespread damage to primates in the region.

The Audubon Zoo sits along the Mississippi River in New Orleans and is taking part in the Association of Zoos and Aquariums’ Species Survival Plan to preserve endangered animals through breeding programs.