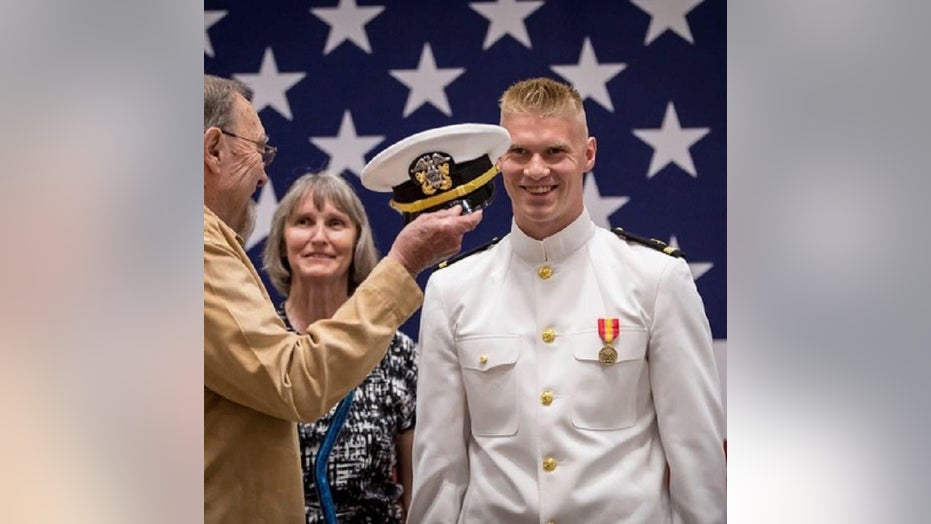 The Navy on Friday identified the service member who died Wednesday in the crash of an E-2D Advanced Hawkeye in the waters off Virginia.

Lt. Hyrum Hanlon was on the aircraft, which was assigned to the Airborne Command and Control Squadron (VAW) 120 in Norfolk, when it went down during routine flight operations near Wallops Island and Chincoteague, Virginia, the Navy said.

"It takes a courageous and patriotic person to devote their life to the selflessness of serving in the armed forces," Cmdr. Martin Fentress Jr., commanding officer of VAW-120, said in a statement. "Hyrum embodied those characteristics and will be truly missed by his family and the Hawkeye community. We sincerely appreciate the public respecting the family’s privacy during this difficult time as they mourn his loss."

Two other crew members were rescued from the crash and had non-life threatening injuries.

The cause of the crash remains under investigation.  The Navy said no pollution or discharge of fuel was in the area of the crash site.

A soldier in the Army was also killed this week during an incident involving two helicopters at Fort Stewart, Georgia.