Inflation remains a top consideration for Georgia residents heading into the midterms, but voters are torn on which party has the best plan to bring costs back down.

SAVANNAH, Ga. – Inflation remains a top consideration for Georgia residents heading into the midterms, but voters are torn on which party has the best plan to bring costs back down.

"It's obviously the Republican Party this time," Monty told Fox News in Columbus. "Democrats are the ones that have caused the problem by spending and printing too much money."

Monty described inflation as "absolutely murderous" and said he thinks the Republican party is in the best position to bring costs down. (Fox News Digital/Hannah Ray Lambert)

He said inflation is affecting everything.

Matthew said inflation is very noticeable and that a gallon of milk has definitely gone up in price since his grandparents' day. But he couldn't point to one party or another as having the best solution 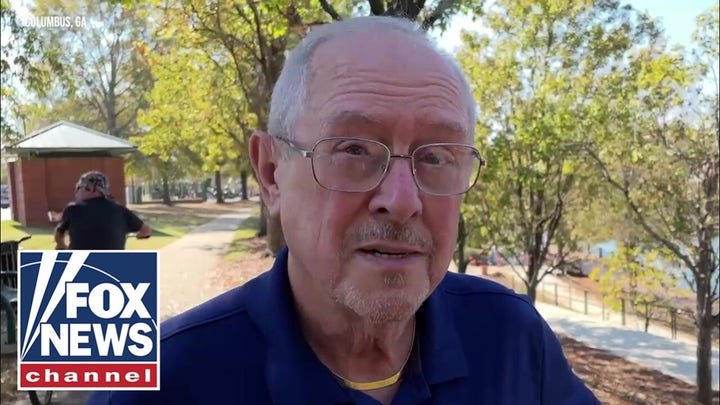 "If somebody is going to be in that office, just do the right thing," he said.

In the most recent Fox News poll, 38% of Georgia voters said inflation was their top issue heading into the midterms. Abortion was the next priority at 18%.

In Savannah, Rick said both parties have contributed to the problem.

"I think a lot of short-term finger pointing really doesn't do us any good," he said. "I vote both ways so I don't have a real strong opinion that it's the Democrats fault or the Republicans have a good solution."

Derrick couldn't decide which party would be better equipped to deal with skyrocketing prices, but suggested Democrats might be able to accomplish more if Republicans allowed them to. (Fox News Digital/Hannah Ray Lambert)

Derrick said any solution will depend on lawmakers working together.

"If the Republicans will allow the Democrats to try to do what they were put in place to do, then maybe we can see some type of change," he said.