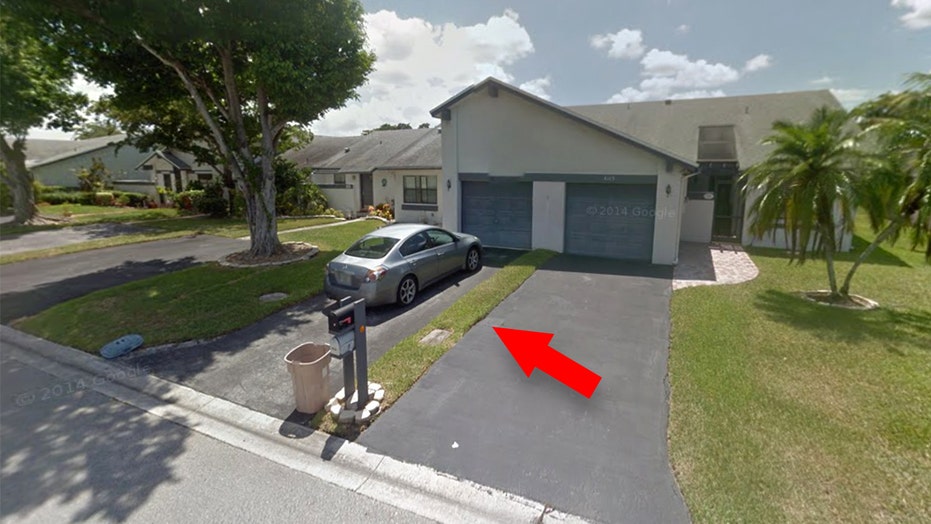 A man who snagged a $177,000 villa for $9,100 now believes he was scammed by the Florida county that put the property up for auction for unpaid property taxes.

The villa turns out to be a 1-foot-by-100-foot strip of land that separates two villas in Tamarac and is worth $50, the Sun Sentinel reports.

Broward County sold the parcel to Kerville Holness at an online auction of tax delinquent properties in March.

The land, which holds two mailboxes, starts at the curb, goes under a wall separating the garages of two adjoining villas and then extends out to the back, the paper reported.

Kerville Holness bid at a Broward County auction of tax-defaulted properties $9,100 for what he thought was a $177,000 villa. What he got was a 1-foot-by-100 foot strip of land. (Google Earth)

HUNDREDS OF DOLPHINS STRANDED, WASH UP DEAD ALONG US GULF COAST, OFFICIALS SAY

“If I’m vindictive enough, I can cut right through the garage wall and the home to get to my air space, but what use would that be to me?” Holness told the paper.

He asked Broward to void the deal and return his money. County officials say state law does not allow for refunds.

Holness said he submitted his bid based on property appraiser photos showing the villa as being the parcel, the Sun Sentinel reported.

The appraiser’s website and information on the county’s tax site show no villa or building value, according to the paper.

Officials don’t know why the developer never attached the strip to either of the adjoining properties. The developer defaulted on the property taxes after dissolving.