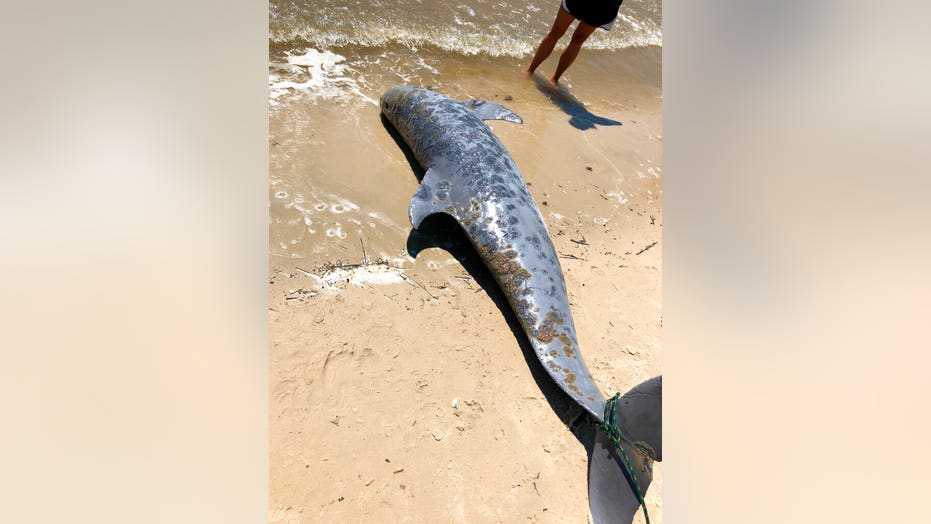 Hundreds of dolphins have washed up dead along the U.S. Gulf Coast in recent months — an event so strange it's been deemed an "unusual mortality event" by the National Oceanic Atmospheric Administration.

More than 261 bottlenose dolphins have been stranded in Louisiana, Mississippi, Alabama and the Florida Panhandle, officials said on Friday. The number is approximately three times higher than average.

The collective deaths have been determined to be an "unusual mortality event" by NOAA, defined as "a stranding that is unexpected; involves a significant die-off of any marine mammal population; and demands immediate response."

The National Oceanic and Atmospheric Administration said Friday that more than 261 dolphins have stranded in the U.S. Golf Coast since Feb. 1. (Moby Solangi/Institute for Marine Mammal Studies via AP)

Many of the dolphin carcasses recovered "are very decomposed," according to officials. This limits "the ability to collect samples to determine cause of illness or death."

NOAA says "stranding" is when a marine mammal or sea turtle is found dead on the beach or floating near the shore, or if the creatures are alive near the shore but can't return back to sea on their own, whether due to sickness or because they need help. 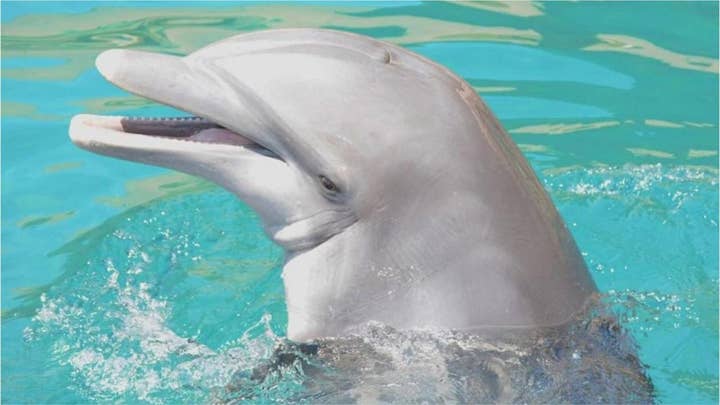 Scientists are investigating whether lingering effects from the 2010 BP oil spill are to blame for the unusually high death toll for the dolphins. Problems with lungs and adrenal glands, which produce stress-related hormones; blood abnormalities; and general poor condition, were considered effects of the oil spill.

Earlier reports said the spill contributed to the Gulf of Mexico's largest and longest dolphin die-off.

"We do know some of the health conditions ... are improving, but some have been slow to improve," Teri Rowles, coordinator for NOAA Fisheries' Marine Mammal Health and Stranding Response Program, told The Associated Press. "Reproduction in the heaviest-oiled areas continues below normal."

Rowles said that scientists will also investigate whether more immediate effects from low salinity because of freshwater flowing from high rivers and a Louisiana spillway contributed to the deaths.