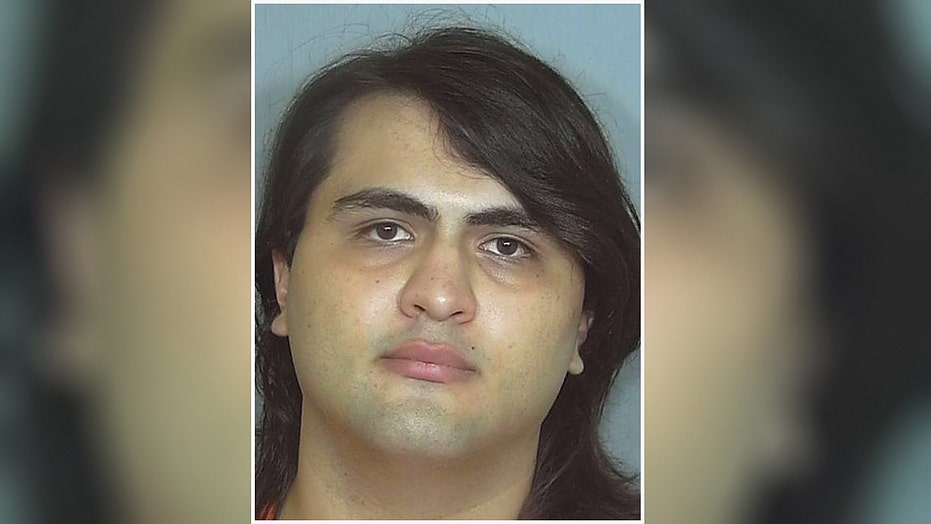 A person who allegedly drove "at a high rate of speed" through a pro-police protest in Colorado, nearly hitting some of the demonstrators, has been arrested, according to the local police department.

A "Defend the Police" rally in Eaton, Colo., run by the Northern Colorado Young Republicans was underway Saturday afternoon when, according to a Facebook post by the Eaton Police Department, an SUV veered off the road and started driving at the pedestrians, who were in a "grass park." There were no injuries.

GUNFIRE REPORTED NEAR PORTLAND PROTEST SITE BEFORE ANOTHER CHAOTIC NIGHT

This same weekend, a Jeep drove through an anti-racism protest in Aurora, Colo., in which protesters, according to the Aurora Police Department, were on the interstate. At least one protester was shot by another protester who fired a weapon as the car drove by, and a police press release said they were unaware of any injuries from the Jeep.

The Eaton Police Department, in response to the incident at the pro-police protest, made an arrest and the man was charged with seven counts of attempted first-degree assault, seven counts of felony menacing, and one count of reckless driving.

"My constituents were peacefully voicing their support for police when a SUV drove through the crowd, nearly hitting them," Rep. Ken Buck, R-Colo., tweeted.

Buck's district encompasses the rural eastern part of the state from north to south.

"All Americans should be able to exercise their #1A rights, free of violence. The person responsible must be brought to justice," he added.

Isaiah Cordova was arrested and charged with several crimes after allegedly driving "at a high rate of speed" through a crowd of pro-police protesters in Eaton, Colo. (Weld County Sheriff's Office)

The Greeley Tribune reported that the Eaton rally had over 100 attendees. Some of those, according to the paper, said they earlier saw the suspect who was eventually arrested flipping the protesters off as he drove by.

The man who was arrested is named Isaiah Cordova, according to the Weld County Sheriff's Office. He was released on bond.

The incidents come at a time of heightened racial tension in the U.S. and during a divisive presidential election. Nationwide protests, which often have turned into riots complete with vandalism, looting and attempts to injure police officers, have gripped the nation since the May 25 death of George Floyd while in the custody of the Minneapolis Police Department.