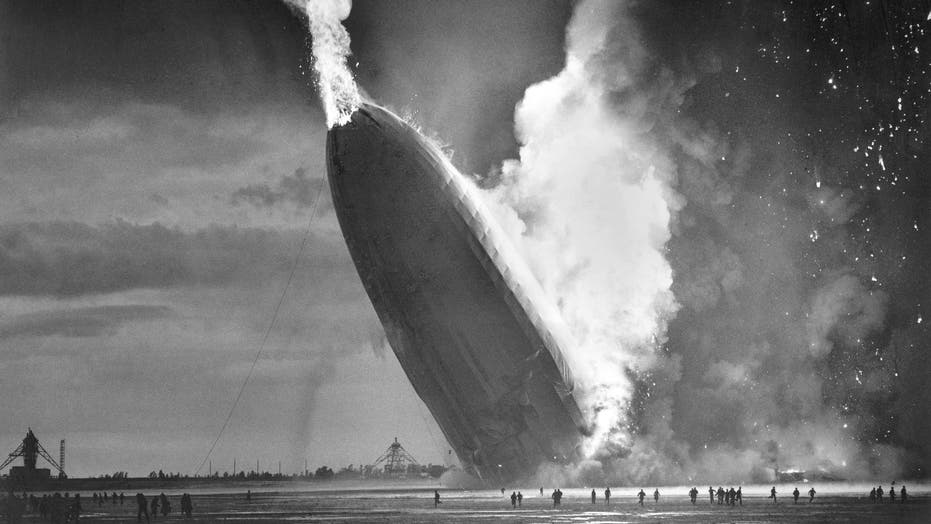 Werner Gustav Doehner, the last survivor of the 1937 Hindenburg disaster, has died at his home in Laconia, New Hampshire, on Friday. He was 90.

Doehner was only 8 years old when the famous zeppelin erupted into flames and crashed while docking in Lakehurst, New Jersey, on May 6, 1937, according to his obituary.

His father and sister were tragically killed along with 35 other people on board.

In this May 6, 1937 file photo, the German dirigible Hindenburg crashes to earth in flames after exploding at the U.S. Naval Station in Lakehurst, N.J. Werner Gustav Doehner, the last survivor of the disaster, died Nov. 8, 2019 at age 90 in Laconia, N.H. Doehner was 8 years old when he boarded the zeppelin in Germany with his parents and older siblings to return from a vacation. (AP Photo/Murray Becker, File)

“We were close to a window, and my mother took my brother and threw him out. She grabbed me and fell back and then threw me out,” Doehner said in a 2017 interview with the Associated Press. “She tried to get my sister, but she was too heavy, and my mother decided to get out by the time the zeppelin was nearly on the ground.”

“Suddenly the air was on fire,” Doehner added.

Doehner, who died on Nov. 8, was one of the 62 lucky passengers to survive, along with his mother.

Despite being tossed from the airship, he suffered burns to his face, both hands and right leg down from the knee. Doehner was treated at various hospitals until the following January 1938.

“He did not talk about it,” according to his son, Bernie Doehner.

The U.S. Commerce Department determined the accident was caused by leaking hydrogen that mixed with air, causing the fire. The Hindenburg was the largest aircraft ever built at the time of its completion in 1936.

“The theory that a brush discharge ignited such mixture appears most probable,” the department’s report said.

Doehner moved to the U.S. in 1984 and worked as an electrical engineer in New England, according to the obituary.

He is survived by his wife of 52 years, Elin, and his son, Bernie. A memorial service was held at noon last Friday at Good Shepherd Lutheran Church in Laconia, New Hampshire.