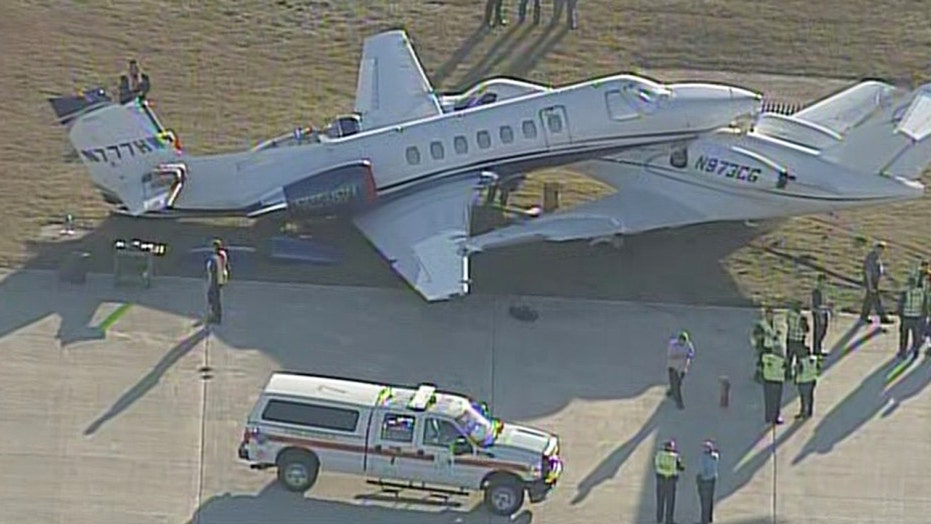 The crash between the two midsize business jets caused significant damage. But no injuries were reported.

NEW AIRPORT RANKING PUTS PHOENIX AT THE TOP, ANYTHING NEAR NEW YORK AT THE BOTTOM

One aircraft had been parked since Nov. 5 after arriving from New Orleans, reported Fox San Antonio. The other arrived on Friday afternoon from San Jose, Calif., and reportedly had to make an emergency landing over a fuel leak.

It is not clear how the two planes ended up colliding on the runway.

San Antonio airport confirmed that the incident would not interrupt service. It would not confirm if the plane from San Jose Friday afternoon was carrying any passengers.