A Virginia county won approval Wednesday to rename its portion of Jefferson Davis Highway, the latest blow in the divisive debate over honoring Confederate leaders.

The Commonwealth Transportation Board unanimously voted to allow Arlington County to rename the stretch of the road – officially U.S. Route 1 -- Richmond Highway.

Davis was the president of the Confederacy during the early 1860s.

CONFEDERATE MONUMENTS: THIS 124-YEAR-OLD WOMEN'S GROUP IS FIGHTING TO KEEP THEM AROUND

"What we just heard, through the unanimous vote and the words of the governor, is it's past time," said Christian Dorsey, a Democrat who chairs the County Board, The Washington Post reported.

The road is already called Richmond Highway in Fairfax and Alexandria Counties.

The road's name was established to "terrorize" African-Americans, said Delegate Mark Levine, who found the exemption allowing the transportation board to act on the proposed name change.

"Let's not forget," he said, "that Virginia was the birthplace of slavery.” 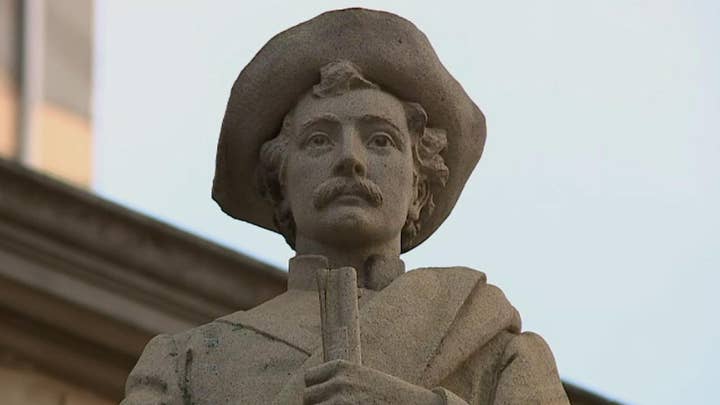 During Wednesday’s hearing, several business owners told the board that having their address along Jefferson Davis Highway has cost them customers, according to the paper.

Stacey Stewart, president of the March of Dimes, said the highway name and other Confederate memorials are "divisive and a daily reminder of our nation's dark and shameful history ... a painful and oppressive past."

The road was named in 1922 as a response to a request from the United Daughters of the Confederacy, partly as a "direct and antagonistic response" to the establishment of Lincoln Highway across the northern states, Dorsey said.

The debate over monuments honoring Confederate leaders and symbols has raged in recent years, in part, as a result of the 2015 massacre at Emanuel African Methodist Episcopal Church in Charleston, S.C., and the deadly rally in Charlottesville, Va., in 2017.