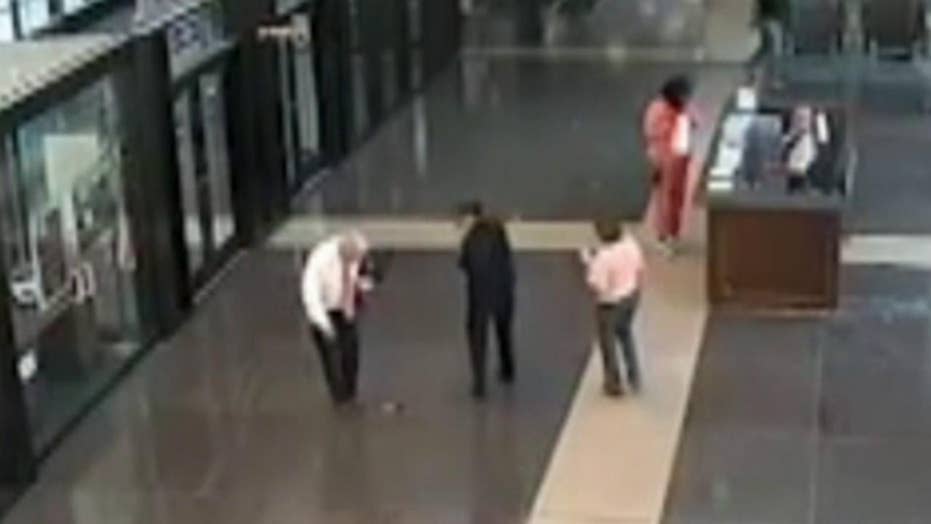 A Cook County judge dropped a handgun while inside the lobby of a courthouse on Chicago’s South Side last week and was charged with a misdemeanor after the incident was seen on video, authorities said.

Judge Joseph Claps, 70, was charged with a Class B misdemeanor for allegedly carrying a concealed weapon in a prohibited area, The Chicago Tribune reported.

Security cameras captured the gun falling out of Claps’ jacket in the courthouse lobby on July 3, the paper reported. It also reportedly showed him picking the silver and black pistol up and putting it in his pants pocket.

“The video speaks for itself,” Cara Smith of the Cook County Sheriff’s Office told WMAQ-TV.

Deputies who witnessed the incident notified their superiors, WGN-TV reported.

Smith told the Tribune that Claps, who has a firearm owner's ID card and a concealed carry license, was not searched or detained at the time because deputies may have thought that, as a judge, he could lawfully carry a weapon in the courthouse.

The veteran judge was not taken into custody at any point, Smith said.

“(Claps) was nothing but cooperative throughout the whole process,” Smith told WMAQ-TV.

Claps, who has been a judge for over two decades and previously worked as a top assistant to the Illinois Attorney General, was placed on non-judicial duties pending an executive committee meeting, the Tribune reported.

Claps was released on his own recognizance and was scheduled to appear in court July 19.