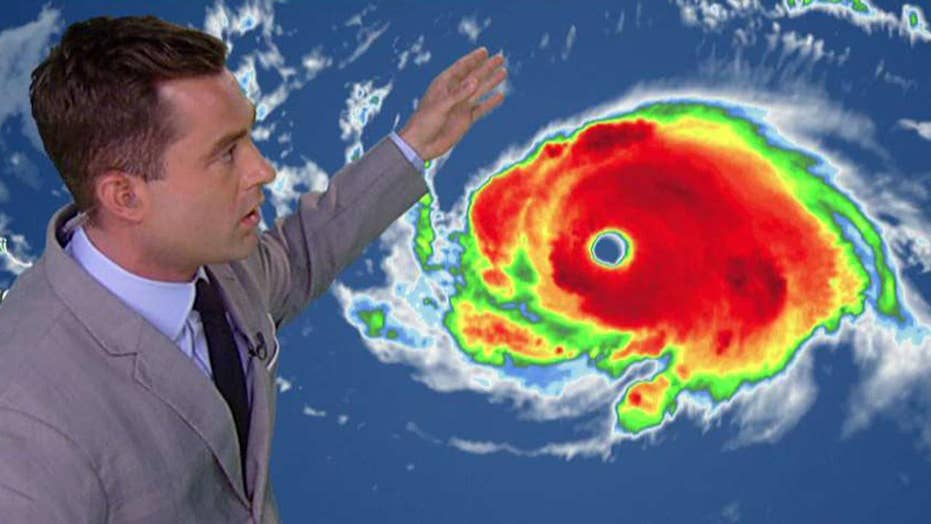 Hurricane Dorian strengthened to an "extremely dangerous" Category 4 storm with maximum sustained winds of 145 mph, according to the latest advisory from the National Hurricane Center.

As of 8 a.m ET Saturday, the National Hurricane Center warned of a "notable change" to Dorian's possible path into Tuesday, stressing that it could make landfall in Florida, Georgia or the Carolinas. Most of Florida remains in the so-called "cone of uncertainty."

Earlier, NHC meteorologists said it remains unclear whether Dorian would deliver a devastating direct strike on the state's east coast or just a glancing blow. Some models predicted a late turn northward, showing Dorian hugging the Florida coast, then slamming into the Carolinas late Wednesday.

The hurricane center's advisory warned that the "risks of strong winds and life-threatening storm surge" during the middle of next week have increased along Georgia and South Carolina's coasts. North and South Carolina officials declared states of emergency Friday due to the possible impacts from the storm.

"It is imperative that all Floridians and their families take Hurricane Dorian seriously,” Gov. Ron DeSantis said in a statement on Friday night. “The time to prepare diminishes by the hour, particularly because we are still uncertain of where it will make landfall. Everyone should have seven days of food, water and medicine in preparation for this storm. Additionally, all residents need to be prepared to evacuate, should that be required.”

However, authorities have held off on ordering mass evacuations, due to the uncertainty surrounding the storm's ultimate path.

"Sometimes if you evacuate too soon, you may evacuate into the path of the storm if it changes," DeSantis said. 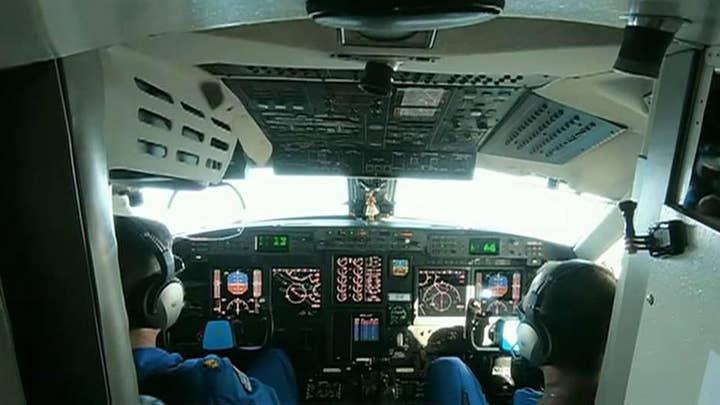 Forecasters have warned that coastal areas could see 6 to 12 inches of rain, with up to 18 inches possible in isolated areas. That amount of rainfall "may cause life-threatening flash floods," the NHC warned. Federal Emergency Management Agency (FEMA) official Jeff Byard said Dorian is likely to "create a lot of havoc" for roads, power and other infrastructure.

Also imperiled are the Bahamas, where canned food and bottled water were disappearing quickly and the sound of hammering echoed across the islands as people boarded up their homes. Dorian was expected to hit there by Sunday with the potential for a life-threatening storm surge that could raise water levels as much as 10 to 15 feet above normal.

"Do not be foolish and try to brave out this hurricane," Prime Minister Hubert Minnis said. "The price you may pay for not evacuating is your life."

Trump on Friday approved an emergency declaration for Florida and "ordered federal assistance to supplement state, tribal and local response efforts due to the emergency conditions resulting from Hurricane Dorian," the White House said.

In a video posted on Twitter Friday afternoon, Trump said the hurricane is "looking like it could be an absolute monster."

"We’re ready. We have the best people in the world ready and they’re gonna help you. We’re shipping food, we’re shipping water, but it may be that you’re going to evacuate," Trump said. "We’re gonna see what happens, we’re waiting. It does seem almost certain that it’s hitting dead center and that’s not good. The winds seem to be building at a tremendous rate. It looks like the winds are going to be unbelievably high. We’re all ready. And hopefully, we’ll get lucky. But it looks to me like this time, it’s heading in one direction." 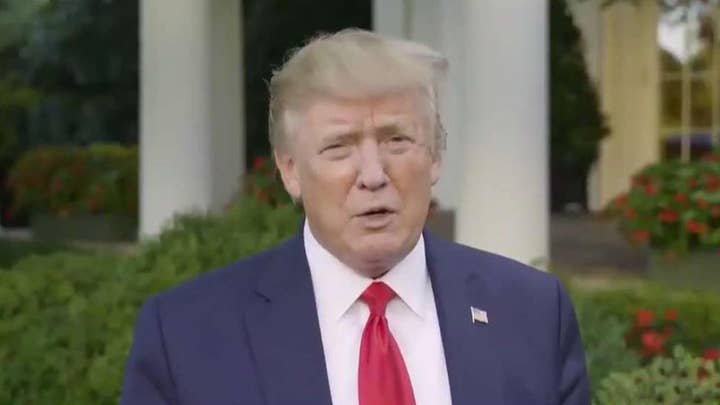 The president added that "all indications are it’s going to hit very hard and it’s going to be very big. Somebody said bigger, or at least as big as [Hurricane] Andrew [in 1992] and if you remember Andrew from many years ago, that was not good. So just be aware and be safe and God bless you."

Back in Florida, DeSantis urged nursing homes to take precautions to prevent tragedies like the one during Hurricane Irma two years ago, when the storm knocked out the air conditioning at a facility in Hollywood and 12 patients died in the sweltering heat. Four employees of the home were charged with manslaughter earlier this week.

DeSantis said the timely message from those arrests is this: "It's your responsibility to make sure you have a plan in place to protect those folks."

At Kennedy Space Center in Cape Canaveral, NASA moved a 380-foot-high mobile launch platform to the safety of the colossal Vehicle Assembly Building, built to withstand 125 mph wind. The launcher is for the mega-rocket that NASA is developing to take astronauts to the moon.

The hurricane season typically peaks between mid-August and late October. One of the most powerful storms ever to hit the U.S. was on Labor Day 1935. The unnamed Category 5 hurricane crashed ashore along Florida's Gulf Coast on Sept. 2. It was blamed for more than 400 deaths.