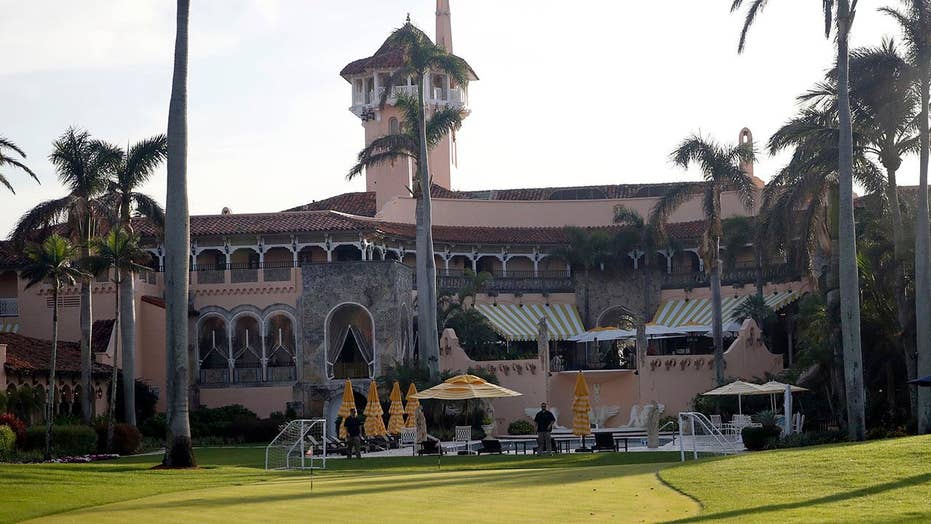 As Florida stared down a massive hurricane that could soon engulf the state, a political storm is already brewing over President Trump's response.

Democrats railed against Trump even before the storm makes landfall over the state -- accusing him of playing racial politics and blasting his decision to redirect funding from the nation's primary disaster relief agency toward border enforcement operations. The comments set the stage for what could be a politically explosive environment over the next several days regarding the federal response to the storm.

"@realDonaldTrump, stop raiding disaster funds and work to ensure FEMA is ready to help these Americans," Senate Minority Leader Chuck Schumer, D-N.Y., tweeted amid news that the president declared a state of emergency in Puerto Rico.

Sens. Chris Murphy, D-Conn., Jeff Merkley, D-Ore., and Mazie Hirono, D-Hawaii, were among those to slam Trump for the push to move $271 million from the Federal Emergency Management Agency (FEMA).

"By diverting millions from FEMA during peak hurricane season, @realDonaldTrump shows he cares more about being cruel to migrants/jailing them indefinitely than protecting Americans from natural disasters," Hirono tweeted. Trump had directed FEMA's funding toward things like beds for migrant detention centers.

"As Dorian hits Puerto Rico, the Trump Admin seems to have learned nothing from its shameful failure in Hurricane Maria," Sen. Richard Blumenthal, D-Conn., tweeted on Wednesday.

The president on Friday afternoon released a video update on the storm. “All indications are it’s going to hit very hard and it’s going to be very big,” he said.

He added: “We’re ready. We have the best people in the world ready and they’re gonna help you.”

Trump has defended U.S. efforts to address Maria and tweeted Wednesday that he was "the best thing that's ever happened to Puerto Rico!"

As Dorian loomed over the Caribbean, Trump urged Floridians to stay safe but also received sharp criticism from the state's Democratic politicians.

The Sun Sentinel reported that Fried said Trump "must be out of his mind" and called for Gov. Ron DeSantis, a Trump ally, to "talk some sense into our commander in chief."

“We don’t need those funds diverted to fuel a xenophobic agenda,” she reportedly said.

Trump, meanwhile, also took heat after announcing on Thursday that he would stay in the United States to monitor the hurricane rather than attending a World War II memorial in Poland.

"Our highest priority is the safety and security of the American people in the path of the hurricane," Trump said.

Rep. Don Beyer, D-Va., suggested that Trump was more concerned about Florida than Puerto Rico because of the territory's racial composition.

"Well, part of it is that Florida could be a swing state in 2020. And part of it is Florida is not an island full of people of color. We have seen him again and again pick on anywhere color is involved," he said.

As Beyer noted, Florida is a key swing state heading into the 2020 elections, though it is a diverse state with a large Hispanic population.

It's also where Trump's Mar-a-Lago club is located -- a point raised in a former Canadian prime minister's attack on the president. "I'm rooting for a direct hit on Mar a Lago!" former Prime Minister Kim Campbell tweeted on Thursday.