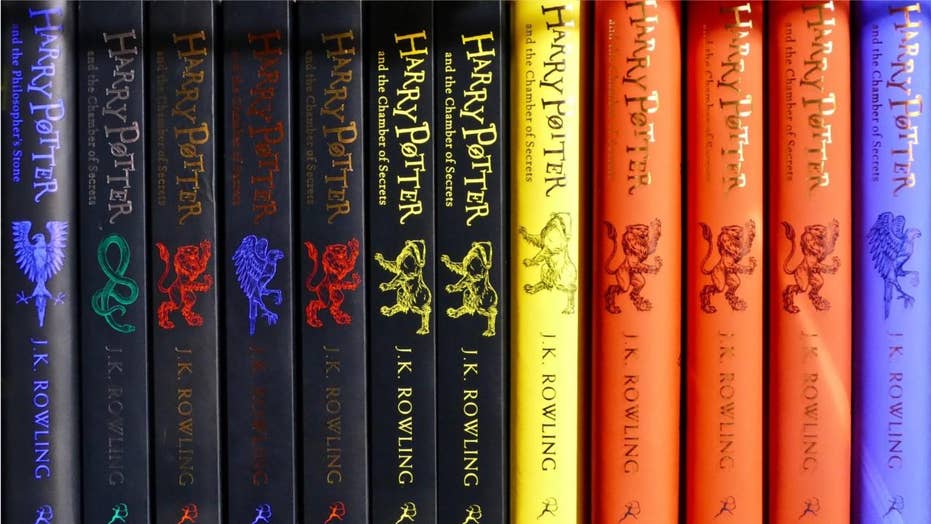 The "Harry Potter" series has been banned from a Catholic school in Tennessee because the fictional magic used "actual curses and spells," according to a pastor who described the beloved books as "a possible threat" to their beliefs.

The seven books "present magic as both good and evil, which is not true, but in fact a clever deception," the Rev. Dan Reehil, a faculty member at St. Edward Catholic School in Nashville, wrote in an email to teachers.

"The curses and spells used in the books are actual curses and spells; which when read by a human being risk conjuring evil spirits into the presence of the person reading the text," the email, obtained by WTVF, states. "I have consulted several exorcists, both in the United States and in Rome, and they have recommended removing the books from circulation."

Written by J.K. Rowling, the popular children's books follow the journey of Harry Potter, a boy who learns he's a wizard and attends a wizarding school in Europe. He learns about astronomy, the "History of Magic," caring for magical creatures and how to fly on a broomstick — all while trying to defeat Voldemort, one of the most evil wizards of all time, and trying to be an average kid.

Seven books complete the original series, published from 1997 until 2007, but its popularity sparked many spin-off books and stories and eight movies that rank as one of the highest-grossing film series of all time, raking in more than $8.5 billion.

The books "glorify acts of divination; of conjuring the dead, of casting spells among other acts that are an offense to the virtue of religion — to the love and respect we owe to God alone," Reehil wrote, adding: "Many reading these books could be persuaded to believe these acts are perfectly fine, even good or spiritually healthy."

While fans, like some pictured here buying "Harry Potter and the Deathly Hallows" in 2007, love the series, it "presents a possible threat to our faith," Rev. Dan Reehil said. (REUTERS/Hannibal Hanschke)

The pastor concluded that any books or materials "which present a possible threat to our faith will not be promoted by our church or school."

Rebecca Hammel, the superintendent of schools for the Catholic Diocese of Nashville, told the Tennessean that Reehil sent the email after a parent asked about the books. She said "each pastor has canonical authority to make such decisions for his parish school," and added Reehil is "well within his authority to act in that manner."

She said she believes the books are still on the shelves of other libraries in the diocese, and said the diocese doesn't "get into censorship in such selections other than making sure that what we put in our school libraries is age-appropriate materials for our classrooms."

The move isn't the first time the "Harry Potter" books have been banned from an educational setting. The series, according to the American Library Association, was one of the most frequently challenged books published between 1990 to 1999, and was the most challenged book from 2000 to 2009.