A Philadelphia pastor is finding "common ground" for Christians and Harry Potter fans.

Langdon Palmer, the pastor of Leverington Presbyterian Church who spent the first half of his life as an atheist, is preaching an eight-week series called "Harry Potter meets Jesus: Encountering the Gospel in unexpected places."

Each sermon starts with a clip from Harry Potter and, using an excerpt or idea from the books, Palmer relates it to the Bible. He compares it to how Jesus used parables, revealing ancient, biblical truths through modern stories.

Palmer said he was surprised how many Harry Potter fans were in his church. The church's weekly attendance in the Manayunk area, which is booming with millennials who grew up with the series, has gone up 10 to 20 percent since the Harry Potter sermon series began mid-March, he said.

"If something really deeply moves me, then I want to pay attention to that...there were a number of scenes in Harry Potter that struck me profoundly, so I'm just like, 'wow, that's just like this thing in the Bible,'" he said.

He said he was a skeptic of J.K. Rowling's ultra-popular series when it first came out in 1997, suspecting it was kid drivel or black magic. But that changed when his kids wanted to read it and he realized he could have conversations with them about right and wrong, bullying and telling the truth.

"I think J.K. Rowling really gets the human condition," Palmer, 60, told Fox News. "You get these profound and moving scenes that depict what it's like to experience prejudice, rejection, or being misunderstood...I went from a total skeptic to having the last book pre-ordered on Amazon."

Rowling, an Anglican herself, publicly admitted there were many Christian parallels but didn't want readers to know so they couldn't predict her ending. 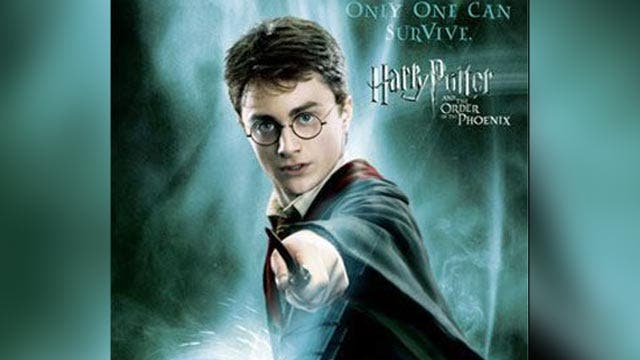 The series has been translated into 72 languages and is the highest selling series in the world with over half a billion copies sold.

"It’s probably the most significant, cultural relic of our generation. Whether people like it or hate it, it’s everywhere," Palmer added.

When he decided to do the series, he knew there would be two groups critical of it.

"Hardcore Harry Potter fans who think you're going to steal it and make it mean something it's not meant to mean, and then there's Christians who are like 'Why are you talking about something that talks about magic and witchcraft in church? Aren't you trivializing the gospel?'"

Not the first to make the parallels, he said he also used Connie Neal's book, "The Gospel According to Harry Potter: The Spiritual Journey of the World's Greatest Seeker" to help.

The former electrical engineer said he was surprised and challenged, especially since some of the Harry Potter fans know every detail of the books, so it kept him on his toes. But he said it has been fun for him and he's received a lot of support.

“It’s growing and a lot of folks who are coming were far away from God and that just makes me really happy,” Palmer said. "I’m trying to open the door as wide as I can for people to experience how good the gospel really is.”

The Presbyterian pastor has also done a series on "Jordon Peterson meets Jesus," but the next series is going to be on the book of Psalms. Until then, Harry Potter fans have a place to go for two more weeks in Philadelphia on Sunday morning.