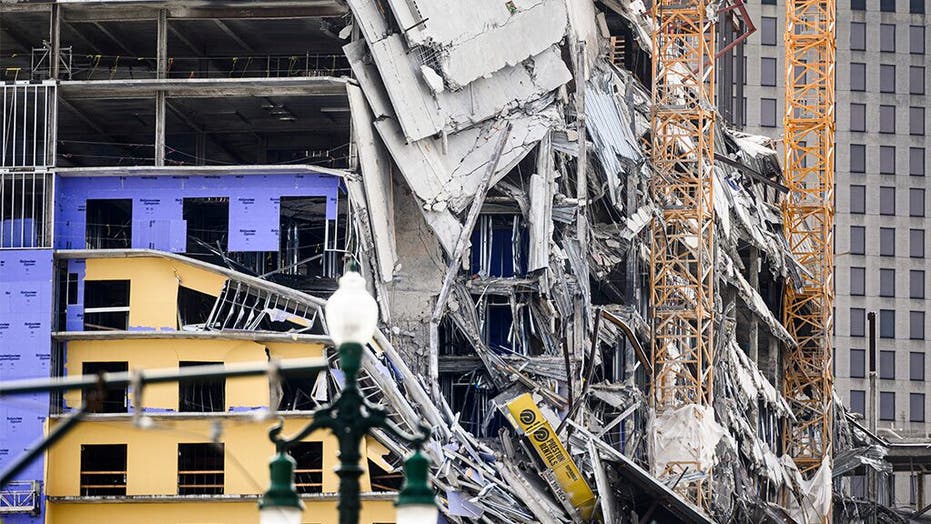 A Honduran construction worker who reportedly attempted to warn managers about unsafe conditions prior to being injured in last month's deadly partial collapse of the Hard Rock Hotel in New Orleans will be deported on Monday, his lawyers say.

Ramirez Palma managed to survive the collapse after he fell from the ninth to the sixth floor by swinging from a rope, according to the Guardian.

A Honduran construction worker who was injured while attempting to warn managers about unsafe conditions before last month's deadly Hard Rock Hotel collapse in New Orleans will be deported on Monday, per his lawyers. (Hotel Collapse Getty)

His wife and lawyers say he was hospitalized with serious injuries, including head trauma, an acute eye injury and internal inflammation.

Following the incident, Ramirez Pena was interviewed by a Spanish-language media outlet. Two days later, U.S. Customs and Immigration Enforcement arrested him while fishing with his family at a wildlife refuge, reports say.

They moved him to an immigration holding facility at the Alexandria International Airport in central Louisiana last week, as ICE agents prepare to deport him.

His attorneys warn that because Ramirez Palma was outspoken about the unsafe conditions at the hotel, deporting him could impact an investigation by the Occupational Safety and Health Administration into what caused the collapse.

Debris hangs on the side of the building after a large portion of a hotel under construction suddenly collapsed in New Orleans on Saturday, Oct. 12, 2019. Several construction workers had to run to safety as the Hard Rock Hotel, which has been under construction for the last several months, came crashing down. It was not immediately clear what caused the collapse or if anyone was injured. (Scott Threlkeld/The Advocate via AP)

They added that other undocumented immigrations are hesitant to talk with federal investigators about what happened for fear of deportation.

“I am sure the Hispanic workers there [at Hard Rock] don’t want to cooperate for the same reason. They are scared the same thing that happened to Joel can happen to them,” his wife, Tania Bueso told Nola.com.

Some of the safety concerns he attempted to shed light on included asymmetrical building measurements and uncured concrete that couldn't support enough weight, his lawyers and wife say.

“He talks about how this disaster could have been avoided if they had been paid more attention when they could see -- clearly -- that the building, in some areas, wasn’t right,” Bueso told the outlet. “When he used the laser [measurement tool], he also said he had to check two or three times to make sure the measurement was right because the building was so imbalanced.”

Workers begin the process of preparing the two unstable cranes for implosion at the collapse site of the Hard Rock Hotel, which underwent a partial, major collapse while under construction last Sat., Oct., 12, in New Orleans, Friday, Oct. 18, 2019. Plans have been pushed back a day to bring down two giant, unstable construction cranes in a series of controlled explosions before they can topple onto historic New Orleans buildings, the city's fire chief said Friday, noting the risky work involved in placing explosive on the towers. (AP Photo/Gerald Herbert)

Those concerns were ignored by his construction managers, said Mary Yanik, an attorney at the New Orleans Workers' Center for Racial Justice, according to the Guardian.

“There’s really crucial information here that the public needs to get to the bottom of what happened at Hard Rock,” Yanick told the outlet.

In 2016, Ramirez Palma had been ordered to be deported and he lacks legal authorization to work in the United States. He filed for a stay of deportation early this year.