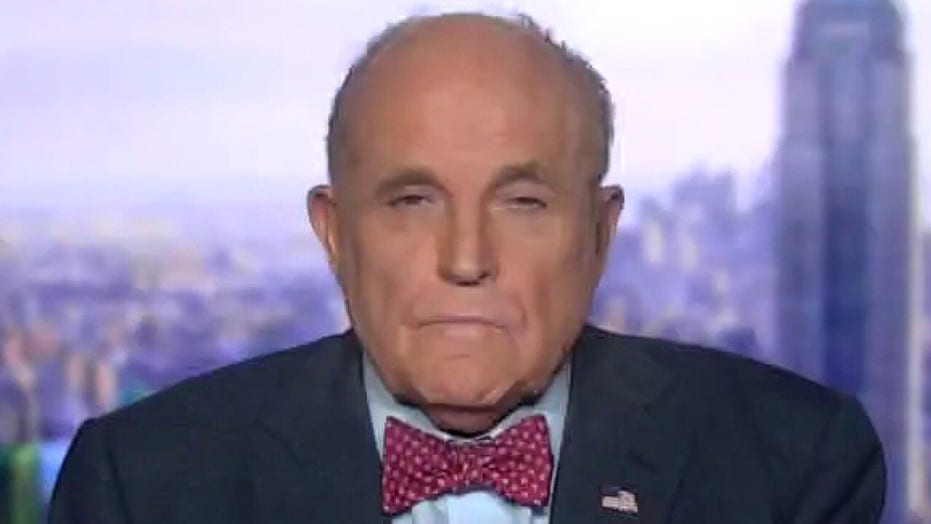 "I can't understand why major American corporations are giving money to Black Lives Matter, which is run by three Communists who are avowed terrorists," said Giuliani, appearing to reference a 2015 video in which BLM co-founder Patrice Cullors stated "we are trained Marxists."

"The money that they get comes from a terrorist named Susan Rosenberg, who was convicted and sent to prison for 58 years for being involved in this conspiracy to kill cops," Giuliani added. "She's funneling the money to them. If you spend 10 minutes, Martha, and read [about BLM], it's the end of our government.

"The president should consider, very carefully, declaring Black Lives Matter a domestic terrorist organization," the former mayor went on. "Today they had four or five beatings they took part in, they've been recorded saying that police officers should be murdered and killed. And one of their members this weekend defended looting as [something] people are entitled to do ... because they have no bread.

Later in the segment Giuliani again called on Trump to declare BLM a "domestic terrorist organization" and brought up the organization's alleged ties to Hungarian-American billionaire George Soros, a major donor to left-wing causes.

"The president should declare them a domestic terrorist organization and maybe we can stop Soros from giving them $150 million," he said. "Soros is intent [on] destroying our government for some sick reason of his that goes back to his sick background."