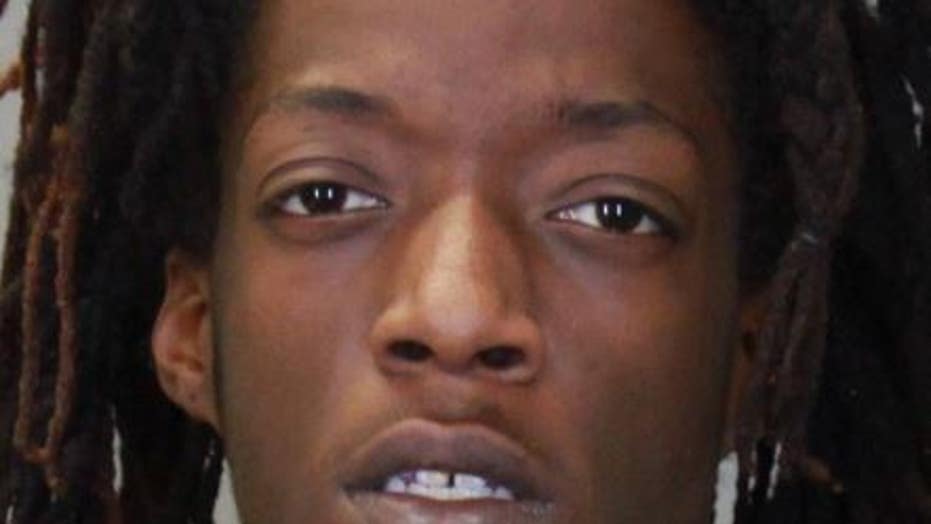 Two Georgia teens are being charged in connection with killing a man on New Year’s Eve over $70 worth of marijuana, according to a Saturday report.

Dequarius Richardson is one of two suspects in the fatal shooting of a man on New Year's Eve.  (Muscogee County Jail )

Both are being charged as adults, but Judge Julius Hunter requested the 16-year-old’s identity not be mentioned because of his juvenile status.

Columbus Police found 26-year-old Javante Jackson with a shotgun blast to his abdomen outside his apartment on New Year’s Eve, WLTZ reported.

Police say Richardson had escorted Jackson away from his apartment that evening to make a marijuana deal. An investigator told the judge that Richardson fatally shot Jackson for 7 grams of marijuana – valued around $70 – and that the juvenile drove a getaway car belonging to Richardson’s father.

“He’s shaken up. He’s facing serious charges but we’ve got to remember he’s 17, he’s still a kid,” Ralston Jarrett, Richardson’s attorney, told reporters. “He may look like a grown man but he’s still a kid.”

Richardson remains in Muscogee County Jail without bond. The 16-year-old remains in custody at the youth detention center. Both have been charged with murder and possession of a firearm during the commission of a crime.

Fox News has reached out to Jarrett with a request for comment.