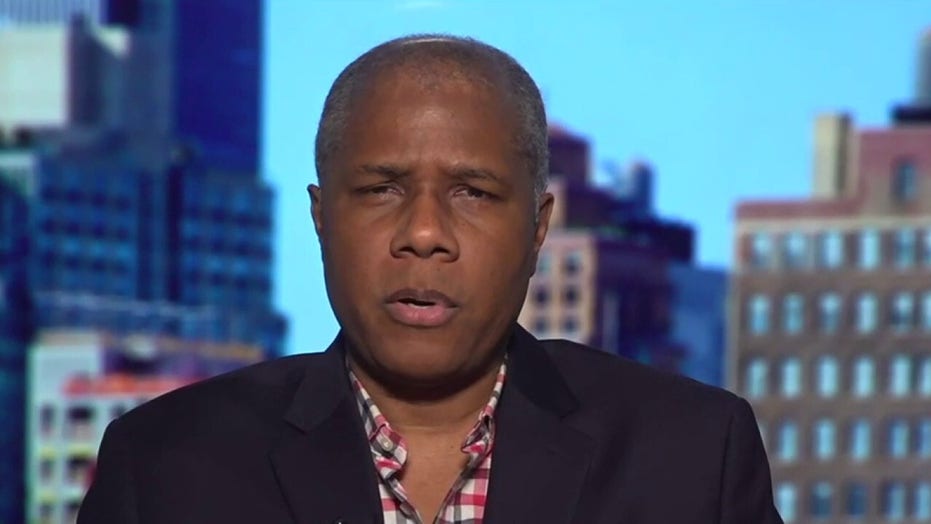 Gianna Floyd, the 6-year-old daughter of George Floyd - who died in the custody of a Minneapolis police officer who kneeled on his neck for over 8 minutes -- said in an interview with Good Morning America on Wednesday, "I miss him."

A family video of Gianna on a family friend's shoulders holding his hands shows her saying "Dad changed the world."

In a press conference on Wednesday, standing beside the family's attorney and civil rights activist Benjamin Crump, Floyd's son Quincy Mason said he is feeling "so emotional" and the family is seeking "justice for my father."

"No man or woman should be without their fathers," he said. "We want justice for what's going on right now."

Floyd was killed on Memorial Day while police were arresting him over a suspected counterfeit $20 bill.

In a now-viral video capturing his last moments, Floyd can be heard screaming "I can't breathe" over and over even as the officer, Derek Chauvin, continued to kneel on his neck. Several other officers stood by watching but did not intervene. All four officers have lost their jobs while Chauvin has subsequently been charged with 3rd-degree murder and manslaughter.

Washington said she has not been able to explain to her daughter how her father was killed but told her "he died because he couldn't breathe."

"Gianna didn't have to play with nobody else because Daddy was gonna play with her all day long," Washington said.

"That was his baby. He loved his little girl."

Protesters gather to protest the death of George Floyd at Foley Square, Tuesday, June 2, 2020, in New York. Floyd, a black man, died after being restrained by Minneapolis police officers on May 25. (AP)

The incident has sparked a national outcry and ignited protests across the country to end the use of excessive force and police brutality, particularly against black people.

Washington said she only watched the video of Floyd's death "for a moment because I was like I can't believe... I couldn't believe that somebody was doing him like that. I wish I coulda been there to help him," she said tearfully. The Floyd family visited the makeshift memorial on Wednesday at the site where George Floyd was murdered. Kneeling next to Crump, the family says they are demanding that three other police officers involved in Floyd's death be arrested.

"I hear them. I hear them saying my Daddy's name," Washington said Gianna told her. "She don't know what happened."

"My heart is broke for my baby. It's broke," she said crying.

Meanwhile, Gianna has big aspirations for the future, even as her mother mourns the moments George Floyd will miss in their daughter's upbringing.