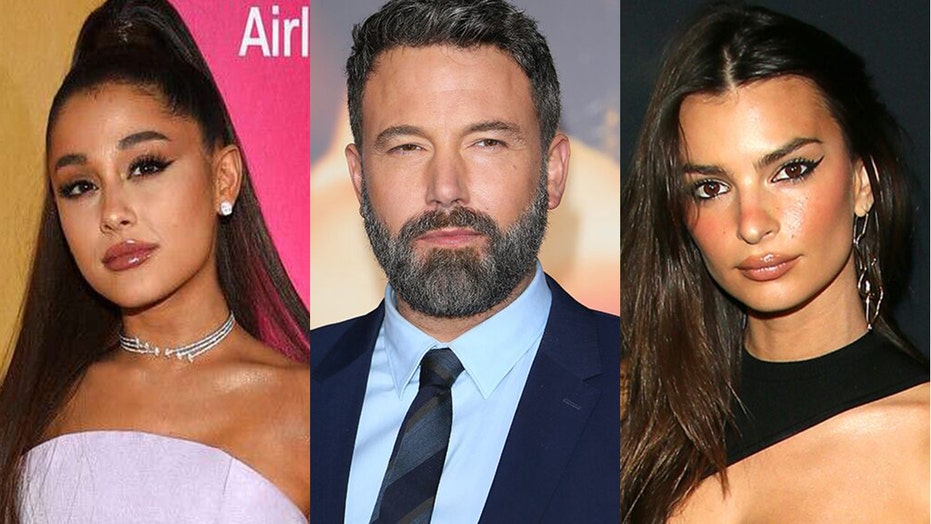 Many celebrities are joining the nationwide protests sparked by the May 25 death of George Floyd in Minneapolis, Minn.

Across the country, people have been protesting against police brutality, specifically against the black community, in the wake of a shocking video that shows Floyd being taken into custody by an officer who places his knee on his neck. In the footage, Floyd, 46, shouts “I cannot breathe” and “Don’t kill me,” before losing consciousness. He was later pronounced dead.

Among the thousands taking to the streets to demand action and police reform are celebrities, who are using their social media platforms to amplify the protests. For more than a week, celebrities have not only been sharing ways to donate and help promote the black community, but they’ve been putting boots on the ground amid the protests in various cities as well.

Ariana Grande, Ben Affleck and Emily Ratajkowski are just some of the stars who came out to protest the death of George Floyd. (Getty Images)

With so many stars promoting activism, below is a rundown of just some of the countless celebrities who have joined protests in the U.S.

[WARNING: Some of the videos below may contain graphic language.]

The singer shared on Twitter Sunday that she participated in a peaceful protest in Los Angeles, lamenting the lack of media coverage.

"hours and miles of peaceful protesting yesterday that got little to no coverage.
all throughout beverly hills and west hollywood we chanted, people beeped and cheered along," she wrote. "we were passionate, we were loud, we were loving.
cover this too please."

The "Umbrella Academy" actress shared video from a protest outside the Barclays Center in Brooklyn, New York.

The celebrity couple was photographed walking at a protest in Los Angeles.

The popular YouTube star was recorded marching at a protest telling an NBC News reporter that he "doesn't want to be on the wrong side" of history. Meanwhile, his brother Jake got into some hot water after he was seen at a mall that was being looted in Arizona.

The "Riverdale" star revealed on Instagram that he was arrested during a protest in Los Angeles.

"I was detained when standing in solidarity, as were many of the final vanguard within Santa Monica," he wrote. "We were given the option to leave, and were informed that if we did not retreat, we would be arrested. When many did turn to leave, we found another line of police officers blocking our route, at which point, they started zip tying us. It needs to be stated that as a straight white man, and a public figure, the institutional consequences of my detainment are nothing in comparison to others within the movement."

"Insecure" actor Kendrick Sampson, 32, shared several videos on Instagram on Saturday from a protest in Los Angeles, where he was shot by officers multiple times with rubber bullets, as well as hit with batons.

In one of the videos, Sampson revealed that he'd been shot four times while a later video of the day's news coverage contained a shot of Sampson being hit by an officer with a baton.

John Cusack shared a video of himself being screamed at by a police officer in Chicago as he allegedly hit his bicycle with a baton.

The actor, 53, shared a video on his Twitter showing the altercation. Unfortunately, the footage is shaky, so neither he nor the office heard yelling are visible. The star can be heard saying “alright, alright” as an officer shouts at him to leave the area. Banging is also heard in the clip, which Cusack says was the police officer hitting his bike with a baton to move him along.

“Cops didn’t like me filming the burning car so they came at me with batons.  Hitting my bike.,” he wrote Sunday. “Ahhm herea [sic] the audio.”

The "Call Me By Your Name" actor shared video on his Instagram Story of himself at a peaceful protest.

The "Orange is the New Black" star shared several videos on his Instagram that he appeared to film showing police in violent confrontations with protesters.

Halsey said she was hit by a rubber bullet while protesting the death of George Floyd in Los Angeles on Saturday.

The singer, 25, shared several images on Twitter in which she films as police attempt to disperse crowds of people protesting using tear gas and rubber bullets.

In a post on her Instagram Story, the singer shared a bruise on her body she said she got from a rubber bullet. She was also seen administering first aid to people who were injured during the protest.

The singer was spotted taking to the streets of Los Angeles to protest the death of George Floyd.

The musician shared several photos of himself protesting in Los Angeles and demanding justice on social media.

The model shared photos and video she took while protesting in Los Angeles, including one video of a car on fire.

"today started out so beautifully, seeing people come together with peace and harmony in their hearts. it broke my heart to see it all go up in flames," she wrote. "violence is not the answer. how do we expect to bring our world up to a happier and higher and healthier way of living if we’re stooping as low as those that committed the crimes we’re protesting ? peaceful protest only!!"

The actress revealed she was arrested while protesting outside the mayor of Los Angeles' home.

"Currently arrested for a peaceful protest. Writing in handcuffs in back of bus. EVERYONE WAS PEACEFUL. - Jaime and the rest of my sisters on this bus. 77th precinct," she wrote.

The "Avengers: Endgame" actress shared a video of herself sitting at a protest along with a note explaining that her experience was a peaceful one, blaming the LAPD for escalating it to violence.

"I can say that the #LosAngelesProtest was entirely peaceful until the @LAPDHQ arrived and escalated it. @MayorOfLA are you seeing this? Also, where was the robust media coverage then ? #BlackLivesMatter," she wrote.

Nick Cannon has shared several videos of himself standing with protesters advocating for change while wearing a shirt that reads "Please I can't breathe."