Dr. Oscar Odom says ‘you have people hijacking’ the message of BLM

People are "hijacking” the message of Black Lives Matter, former NYPD detective Dr. Oscar Odom told “Fox & Friends Weekend" on Sunday, reacting to a group of protesters captured on video in a tense confrontation with a Louisville, Ky., store owner who was reportedly defending his business.

The protesters were seen on video demanding the business owner, who was holding a rifle, voice support for their cause during a third night of demonstrations in the city following the grand jury decision in Breonna Taylor’s case.

Video of the incident, which was shared on Twitter by Daily Caller reporter Jorge Ventura, showed protesters aggressively questioning business owner Fadi Faouri as he stands outside his store holding the rifle, according to the Daily Mail.

In the video a man is seen asking Faouri, “Does Black lives matter?”

Faouri replied: “If you're a good person, I will care about you, if you're a bad person....” He then is seen shrugging.

The man then asks Faouri, “Does Breonna Taylor matter?”

Others in the group of at least eight people who were surrounding Faouri then ask the same question and when Faouri responds that he is protecting his business, a different protester said: “We don’t want your business.”

Faouri had been defending his business on Friday after a building he was leasing was reportedly destroyed in a “firebomb” set off by protesters the night before, the Daily Mail reported, citing the Daily Caller journalist.

Faouri is seen on video asking the group if they were trying to intimidate him as the argument continued. 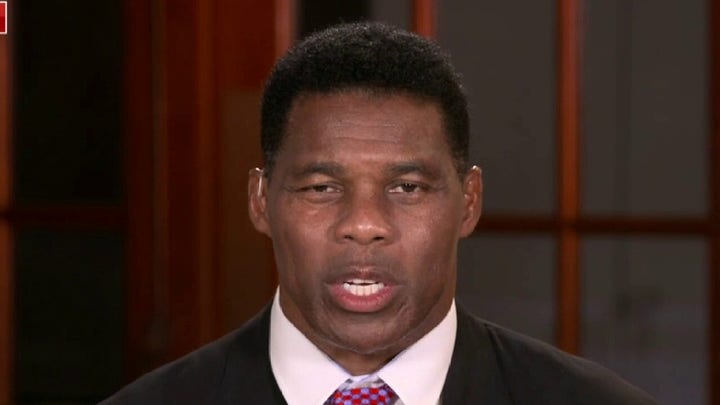 A woman, who said she was a documentary filmmaker, then confronted Faouri and questioned his responses.

“Can you agree that all lives matter?” she asked.

Faouri responded, “I care about that, yes.”

The woman then asked him, “You can agree that all lives matter?”

“I don’t see color, White or Black,” Faouri said during the tense encounter with the woman. “I see you as a human being. That’s all I care about.”

Host Will Cain brought up other incidents involving aggressive protesters and asked Odom on Sunday if this is “an escalating movement of intimidation.”

“Black Lives Matter does not stand for these type of activities,” Odom said in response. “It’s been hijacked by people doing other types of things, intimidation methods, hurting people and doing things like that.”

“We understand frustration with certain things because certain things need to be explained more or, at certain times the public doesn't understand actually what has taken place in some of these police interactions,” he continued. “And so, therefore then you will have a group that will go out on the side, in the name of Black Lives Matter, and act like this, and do different types of acts like this. This is not what it’s about.”

He added that “you have people hijacking the message.”

Protests erupted in Louisville and cities across the U.S. on Wednesday after a grand jury indicted one of three police officers involved in a March raid that led to the shooting death of Taylor, though no one was charged in connection to her death. 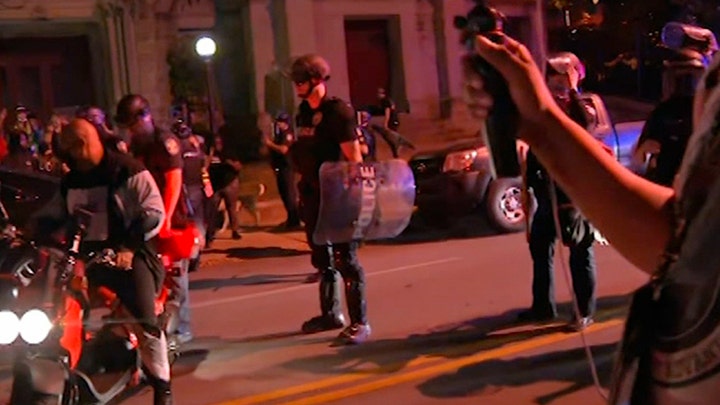 The indictment was announced 194 days after Taylor, 26, died after officers initiated what was reported to be a no-knock warrant on her apartment during a drug investigation. They fired 20 rounds into the home, striking Taylor several times. Authorities said police opened fire after Taylor's boyfriend, Kenneth Walker, started shooting at them.

Brett Hankison, who was fired from the Louisville Metro Police Department earlier this year, was indicted on three counts of wanton endangerment in the first degree. No charges were announced against the other two officers involved.

Hankison is accused of putting three people, including a pregnant woman and a child who lived in an adjacent apartment, in danger of serious injury or death by shooting into their residence during the raid.

The Kentucky attorney general said the other two officers were “justified” in their use of force “because they were fired upon” by Walker after entering Taylor’s apartment.

In another tense encounter, protesters angered by the decision not to charge officers for Taylor’s death were captured on video approaching a couple dining at a St. Petersburg, Fla., restaurant and threatening to knock a man the “f--k out,” the New York Post reported.