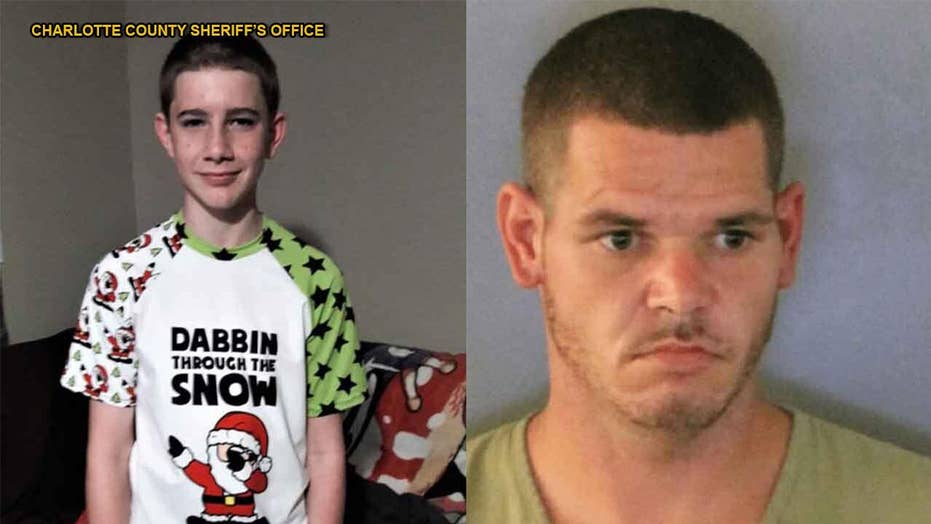 The body of Khyler Edman, 15, was discovered by authorities in Florida after deputies canvassed the area following the arrest of Ryan Clayton Cole, 27, for burglary. On a GoFundMe page, Khyler's family called the teen a hero for 'protecting' his 5-year-old sister during the break-in.

A Florida teen found dead last week in a burglarized Port Charlotte home is being hailed a hero after his family said he died while protecting his 5-year-old sister.

The body of Khyler Edman, 15, was discovered by the Charlotte County Sheriff’s Office after deputies canvassed the area following the arrest Ryan Clayton Cole, 27, for burglary.

Deputies first responded to the area at around 4:00 p.m. Thursday over reports of an “injured white male walking in the streets.” The suspect later identified as Cole fled the area behind a home on Starlite Lane, police said.

At the same time, police received a separate 911 call from a home on Conway Blvd. that an unknown man had entered the residence.

After a short foot pursuit, police apprehended Cole, who was found with several stab wounds on his hands and side. He was taken to an area hospital for treatment.

After his arrest, police searched the area for more homes and that’s when they discovered Khyler’s body and his sister, “uninjured.”

“It is believed that Cole received his injuries inside the same residence during a violent encounter,” police said in a news release.

On Monday, Khlyer’s family also released a statement on GoFundMe calling him a “hero.”

“On September 26th Khyler lost his life being a hero protecting his 5-year-old sister, when a man broke in our home in Port Charlotte,” they said before adding that he “lost his life due to a senseless act of a stranger.”

“My son had a long life ahead of him, that was taken too soon,” the family wrote.

Cole has not been charged in the teen’s death but he is facing burglary of an occupied dwelling and petit theft.