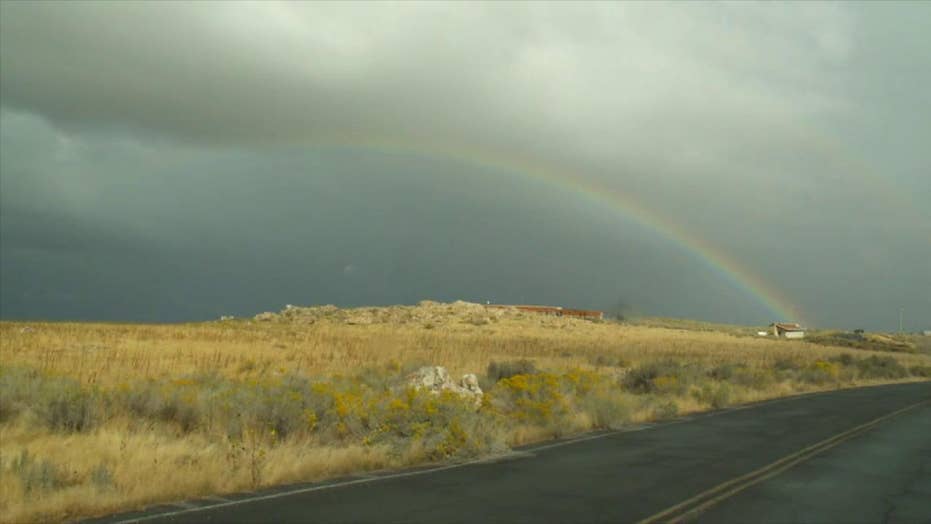 Utah woman hospitalized after being attacked by bison while jogging

Kayleigh Davis was gored in the leg by the bison while on a run on Antelope Island.

A Utah man previously gored by a bison during a summertime run at a state park thought it would be safe to bring a date on the same trail over the weekend, figuring his was only a “freak accident.” He was wrong.

Kyler Bourgeous, 30, was seriously injured in June after he was gored and trampled by a bison while running along the Frary Peak Trail at Antelope Island State Park. According to reports at the time, he sustained hip and shoulder injuries as well as injuries to his ribs and internal organs.

HIKER AIRLIFTED TO HOSPITAL AFTER BISON ATTACK AT UTAH PARK, WAS REPORTEDLY TRYING TO WARN FRIEND

"I thought my incident was a freak accident,” he told the Washington Post on Monday. “But apparently, they’re a lot more aggressive than I ever thought.”

Bourgeous invited 22-year-old Kayleigh Davis to a sunset run on the same trail this past Friday evening, thinking it would be a good time to make his first return to the park since his attack. He later told KSL-TV that he thought “we'd be fine going back out there.”

But the duo was in for a surprise.

Davis told the Associated Press she spotted a bison about a quarter of a mile ahead of her off the trail. She froze, turned around, and ran back toward her friend.

UTAH MAN GORED, TRAMPLED IN BISON ATTACK WHILE OUT ON TRAIL RUN

"I saw four bikers approaching me on the trail, so I waved at them to try to get their attention," she said. "But then I look back over my shoulder and see the bison charging toward me… I think they (the bikers) spooked them."

"I'm up in the air thinking, 'What's going to happen to me after this?'" Davis said Monday.

The incident left her with a broken ankle and a gash on her leg.

Davis and Bourgeous’ attacks are the only two reported on the island this year, but Lt. Eric Stucki with Utah State Parks doesn't believe either victim "did anything out of the ordinary" to antagonize the bison.

Davis was still in the hospital Monday recovering from her injuries, and the pair have said they have no future dates planned at the island.

Antelope Island wildlife include hundreds of bison. The state park is connected to the Great Salt Lake's southeastern shore by a 7-mile causeway.

Fox News Travis Fedschun and the Associated Press contributed to this report.